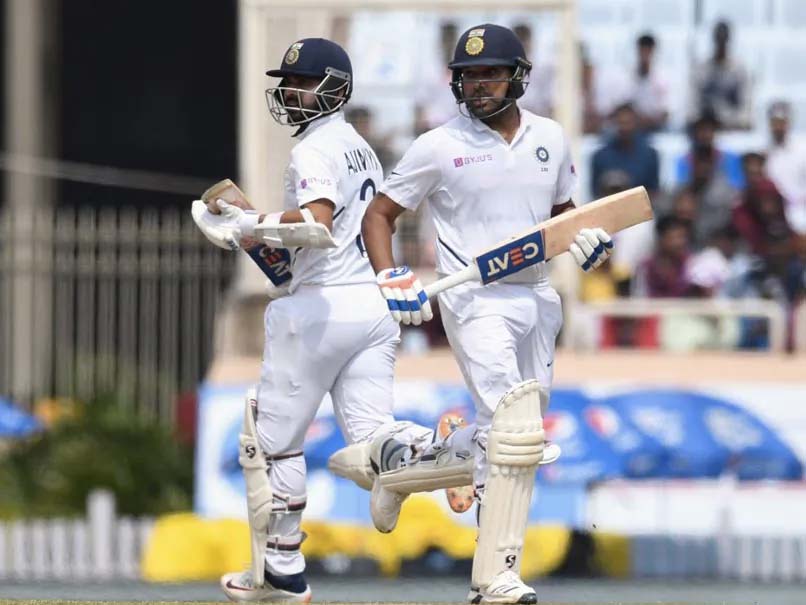 Rohit Sharma is set to be replace Ajinkya Rahane as the next Test vice-captain of India.© AFP

India's T20I skipper Rohit Sharma is set to become the vice-captain of the Test team, sources told NDTV. Rohit is set to replace Ajinkya Rahane as Virat Kohli's deputy from the upcoming tour of South Africa. India's tour of South Africa will go ahead despite growing concerns regarding the new variant of the coronavirus, BCCI secretary Jay Shah told ANI. Jay Shah also confirmed to ANI that while India will play three Tests and as many ODIs in South Africa, the four scheduled T20Is will be held at a later date.

Rahane, who missed the ongoing second Test against New Zealand in Mumbai due to an injury, is set to lose his vice-captaincy from the South Africa tour with Rohit Sharma primed to replace him, sources said.

Rahane has been woefully short of form in recent matches, and averages just 19 in 11 Tests this year. He has been under pressure to get back among the runs with new faces like Shreyas Iyer already making their presence felt in the longest format of the game.

Rahane's lackluster performance with the bat continued in the Kanpur Test as well. Leading the side in the absence of Kohli, the right-hander could only score a total of 39 runs in the two innings.

However, his outing as the captain of the side was lauded as India almost clinched the match in the last hour of Day 5 in Kanpur.

"BCCI has confirmed CSA that the Indian team will travel for three Tests and three ODIs. The remaining four T20Is will be played at a later date," Shah told ANI.