India are scheduled to play two T20Is against Ireland and three T20Is, three ODIs and five Tests against England. 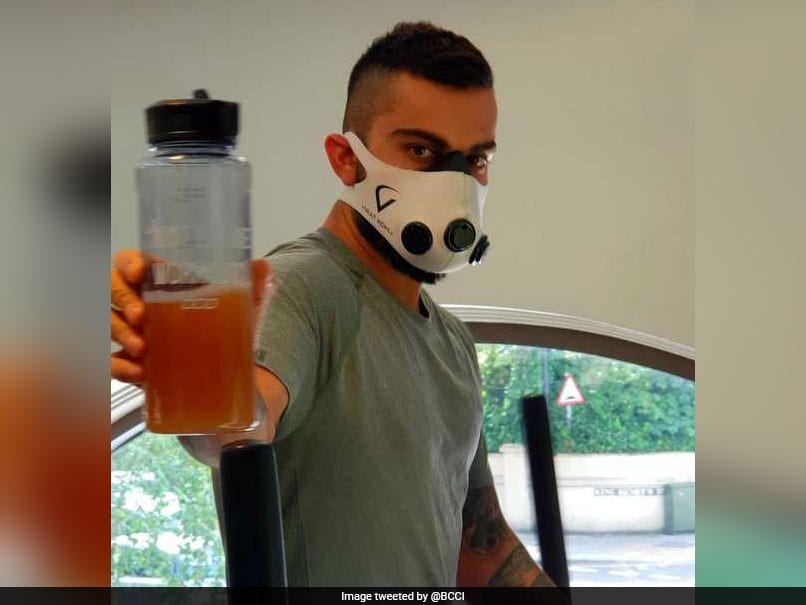 Virat Kohli-led India underwent a gruelling gym session on the day they landed in the United Kingdom, where they are scheduled to play Ireland and then England in all three formats. The Board Of Control For Cricket In India's (BCCI) Twitter handle on Sunday uploaded pictures of Virat Kohli and other members of the cricket team going through a rigorous gym session. There was also a video in which captain Virat Kohli can be seen running on a treadmill with a mask on.

Apart from Kohli, Manish Pandey, spinners Kuldeep Yadav and Yuzvendra Chahal, Bhuvneshwar Kumar, KL Rahul and Suresh Raina can been seen working out in the gym.

Sweating it out in the gym are #TeamIndia boys as they gear up for the long tour ahead. pic.twitter.com/AQi66K1ix6

India are scheduled to play two T20Is against Ireland and three T20Is, three ODIs and five Tests against England.

Kohli and head coach Ravi Shastri had addressed the media in a pre-departure press conference in New Delhi.

Kohli, who was ruled out from participating in the County championship for Surrey CCC in the month of June, insisted that he is fully fit and ready to face new challenges.

"I wanted to experience the conditions in England, but in hindsight, I'm glad I didn't go there while I wasn't fully fit. It's better to be even 90 percent fit and skip. I am at 110 percent and ready to go," Kohli said about his fitness.

Suresh Raina
Get the latest updates on SA vs IND 2021-22, check out the Schedule and Live Score . Like us on Facebook or follow us on Twitter for more sports updates. You can also download the NDTV Cricket app for Android or iOS.