The International Cricket Council on Friday took to social media to share a video of the historic run-out. 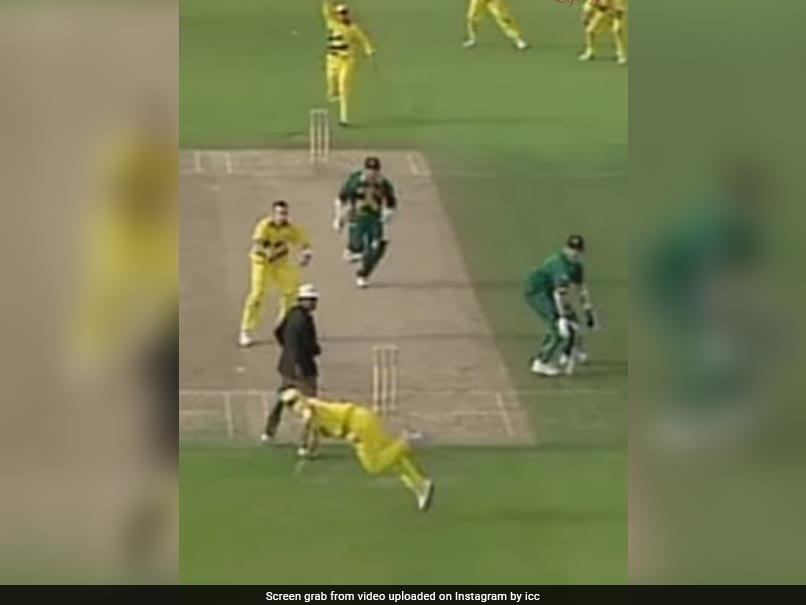 Lance Klusener and Allan Donald were involved in a run-out which cost SA a place in the 1999 WC final.© Instagram

When it comes to World Cups, South Africa have a history of coming tantalisingly close to ultimate glory but never managing to go all the way. The most famous example of this was probably the 1999 World Cup semi-final against Australia, which was played on this day 23 years ago. South Africa were chasing a target of 214, and a half-century from Jacques Kallis and a knock of 43 by Jonty Rhodes helped set them up. However, they were 9 wickets down in the penultimate over. Lance Klusener was on the pitch, keeping the Proteas in the competition, and Allan Donald was the last man to walk out.

In the final over, South Africa needed nine to win and Klusener hit boundaries off the first two deliveries to tie the score. Then, all hell broke loose.

They survived a run-out scare on the third delivery of the over, but still couldn't calm their nerves.

Klusener hit the ball straight down the ground, but did not get much timing on it, with mid-off running in and gathering it. Klusener, however, began to sprint the moment he hit the ball, but Donald at the other end, had turned and grounded his bat at the non-striker's end.

Klusener continued running, and by the time Donald realised what was happening and tried to run to the other end, the ball had reached Adam Gilchrist behind the stumps, who calmly collected it and knocked the bails off.

The International Cricket Council on Friday took to social media to share a video of that historic run-out.

"On this day in 1999, we witnessed one of the greatest finishes of all time," ICC captioned the video.

With the match tied, Australia qualified for the final courtesy finishing higher in the Super Six table and South Africa were left ruing what could have been.

Australia went on to beat Pakistan in the final to lift the trophy.