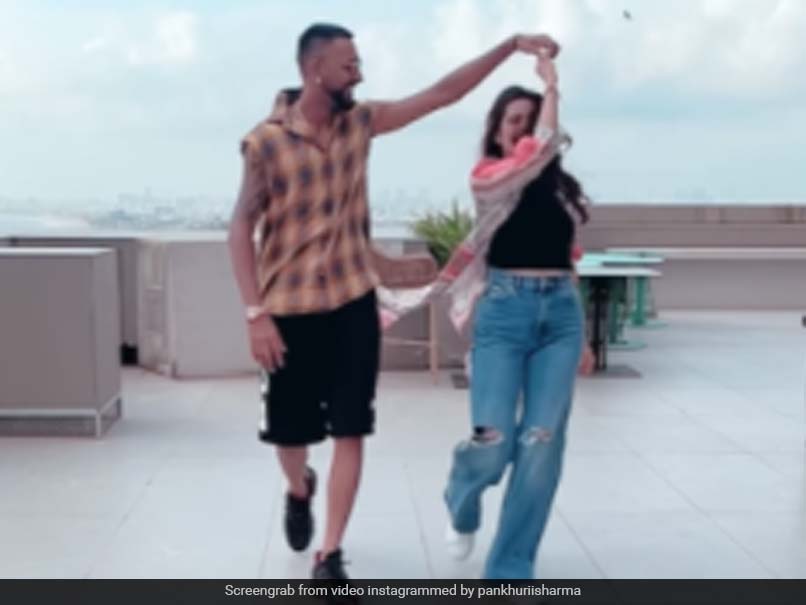 Away from cricket field, India all-rounder Krunal Pandya is spending some quality time with his wife Pankhuri Sharma. The Mumbai Indians star was recently seen grooving to Dua Lipa's popular song 'Levitating' with his wife Pankhuri Sharma. Pankhuri took to Instagram to share a video in which the couple can be seen dancing to the hit track. "I got you," Pankhuri captioned the post. Krunal also posted a picture on Instagram in which the duo looked dazzling. "Two of a kind," Krunal wrote as caption along with a red heart emoji.

The post was well received by the fans as they posted heartwarming messages for the couple.

"You guys are my favourite celebrity couple... no drama, no show-off, just pure love," read another comment on the post.

Krunal was last seen in action during India's limited-overs tour of Sri Lanka. He was also forced to sit out from the last two-T20I matches of the series after testing positive for COVID-19.

The 30-year-old cricketer will return to the field during the second leg of the Indian Premier League (IPL) 2021 in the United Arab Emirates (UAE) next month.

Mumbai Indians Krunal Pandya Cricket
Get the latest updates on SA vs IND 2021-22, check out the Schedule and Live Score . Like us on Facebook or follow us on Twitter for more sports updates. You can also download the NDTV Cricket app for Android or iOS.