Cricket fans praised former India spinner Harbhajan Singh's efforts and were surprised to know he could keep wickets as well. 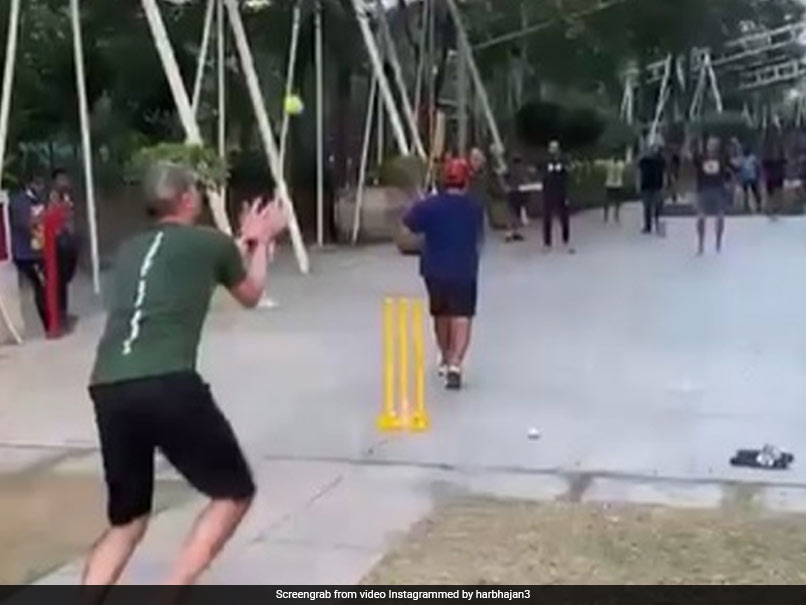 Harbhajan Singh is busy playing "gully cricket" these days. The India spin great has shared a video on Instagram where he is seen playing cricket with a few youngsters. In a role reversal of sorts, Harbhajan, who is famous for tricking batsmen with his doosras, was keeping wickets at this cricket match. In the video, the batsman knicks the ball and it goes to Harbhajan. He fumbled the ball on the first attempt, but managed to take the catch in the second attempt. The video has Aakash Chopra's commentary in the background. He says, "Singh is King." Chopra adds, "Doobara dekhne waali yeh catch hai (this catch deserves to be seen again)".

After the celebrations, Harbhajan returned behind the wickets with a big smile. The Bhangra music kept the excitement high all through this while.

At the time of writing, the 23-second video had been viewed over 1.33 lakh times. While many people praised Harbhajan, some said they didn't know he could keep wickets as well.

"Sir, you are a wicket-keeper too? It's nice seeing you in this role. You should have tried keeping wickets in the Indian team as well," wrote a user in Hindi.

"Brother, you should be playing for the Indian team again," another said.

Some cricket fans praised the bowler for the delivery and suggested that Harbhajan needed more practice. "More than the catch, the ball was so beautiful. It was fast, accurate and the bounce was good," wrote a user.

"You could have played for India if you had done more practice," said another.

A few weeks ago, after India lost to Pakistan in the T20 World Cup match, Harbhajan indulged in friendly banter with Shoaib Akhtar. Both the cricketers are known for their fierce on-field rivalry during their playing days.

Comments
Topics mentioned in this article
Harbhajan Singh Aakash Chopra Cricket
Get the latest updates on SA vs IND 2021-22, check out the Schedule and Live Score . Like us on Facebook or follow us on Twitter for more sports updates. You can also download the NDTV Cricket app for Android or iOS.