Taking to social media, David Warner posted a video from The Wolf Of Wall Street to wish fans on Valentine's Day. In the video, Leonardo DiCaprio's face was morphed with Warner's. 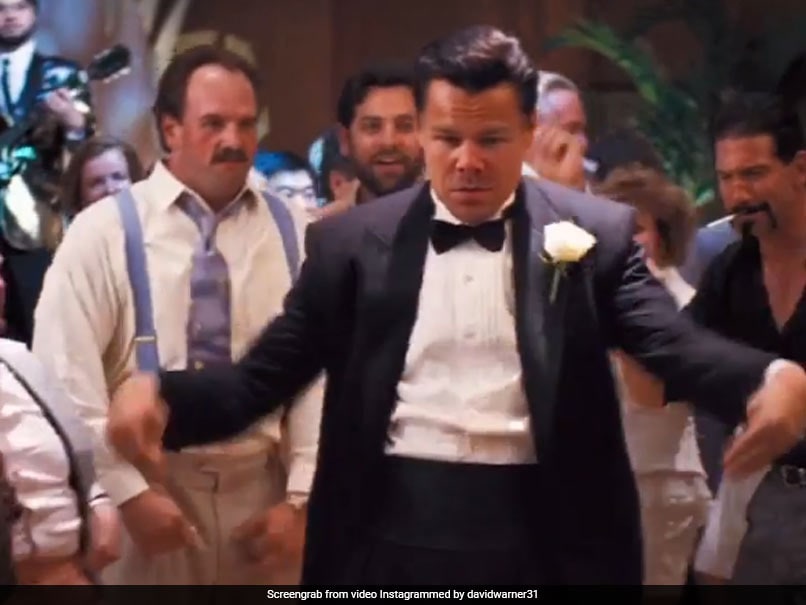 Having recently been acquired by Delhi Capitals (DC) in the IPL 2022 Auction, David Warner took to Instagram to pass on his Valentine's Day wishes to fans. The Aussie opener posted a dance video from the famous movie The Wolf Of Wall Street and morphed his face into lead actor Leonardo DiCaprio's. The video was well-received by fans and also captioned as, "Who else is in this mood on a Monday night!! #dance #valentines"

The left-hander was picked up Delhi Capitals for Rs 6.25 crore in IPL auction in Bengaluru on February 12.

Warner was released by SunRisers Hyderabad (SRH) after IPL 2021 after a disastrous season which also saw him lose the captaincy to Kane Williamson midway through the campaign.

But he bounced back to form and silenced his critics during the T20 World Cup last year.

The Aussie opener was pivotal as Australia defeated New Zealand in the final.

After getting acquired by DC, Warner also posted on Instagram to share his excitement. He wrote, "Back to where it all began!! Pumped to meet up with my new team mates, owners and coaching staff. Excited to meet all the new and old fans of @delhicapitalsm".

Warner had made his IPL debut with Delhi Daredevils in 2009. The team later changed its name to Delhi Capitals.

Delhi Capitals IPL 2022
Get the latest updates on ICC T20 Worldcup 2022, check out the Schedule and Live Score. Like us on Facebook or follow us on Twitter for more sports updates. You can also download the NDTV Cricket app for Android or iOS.