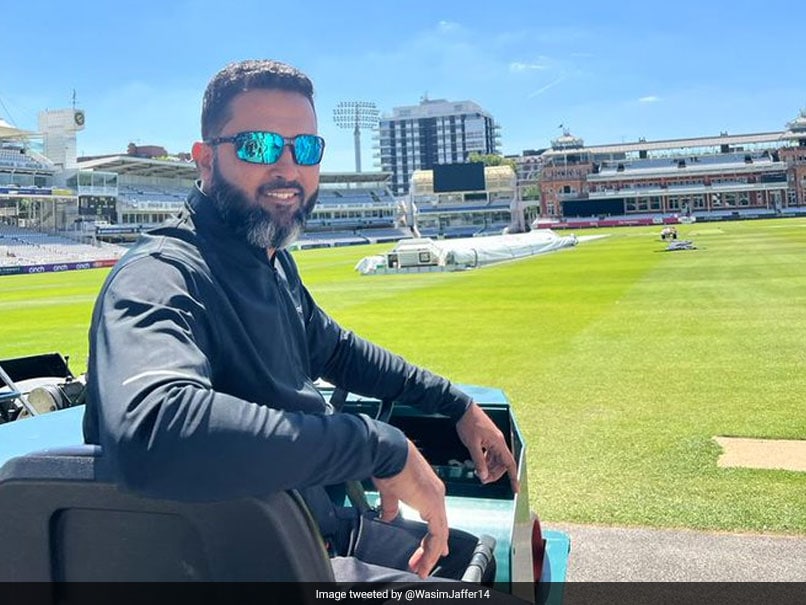 Michael Vaughan and Wasim Jaffer's banter on social media is legendary. The former England cricket team captain and the ex-Indian cricket team player have often pulled each other's leg on Twitter and other social media platform. But the recent Twitter banter between them takes the cake. On Monday, Jaffer shared a photo of him at the Lord's Cricket Ground with the caption: "Sun is shining, the weather is sweet @HomeOfCricket". Vaughan retweeted the image with the caption: "Is it the 20th anniversary of my first Test wicket you are here for Wasim?"

Incidentally, Vaughan had dismissed Jaffer at the Lord's in 2002.

Is it the 20th anniversary of my first Test wicket you are here for Wasim ? https://t.co/7Ul5Jw62ra

Jaffer's reply to the comment was even more epic as he wrote: "Here for the 15th anniversary of this Michael  #ENGvIND". Jaffer was indicating at India's 1-0 series win in England in 2007, when the hosts were being led by the batter.  Jaffer played that series and scored 185 runs in three matches.

The twitter exchange was widely shared by the two former cricketers' followers.

Meanwhile, Jaffer has said that when India have all players available, it will be difficult for Pant, who captained India in the series against South Africa, to get a spot in the T20I playing XI.

"I think if you select the next T20 team, then DK stays in the XI without a doubt. KL Rahul comes back as and when he is fit, Rohit Sharma, Virat Kohli, Suryakumar Yadav, I think those 3-4 guys walk into the side. So, I feel Rishabh Pant will find it hard to get a place in that XI," Jaffer said on ESPNcricinfo.