Virat Kohli thanked his fans for their love and support as he shared his 1000th post on Instagram. 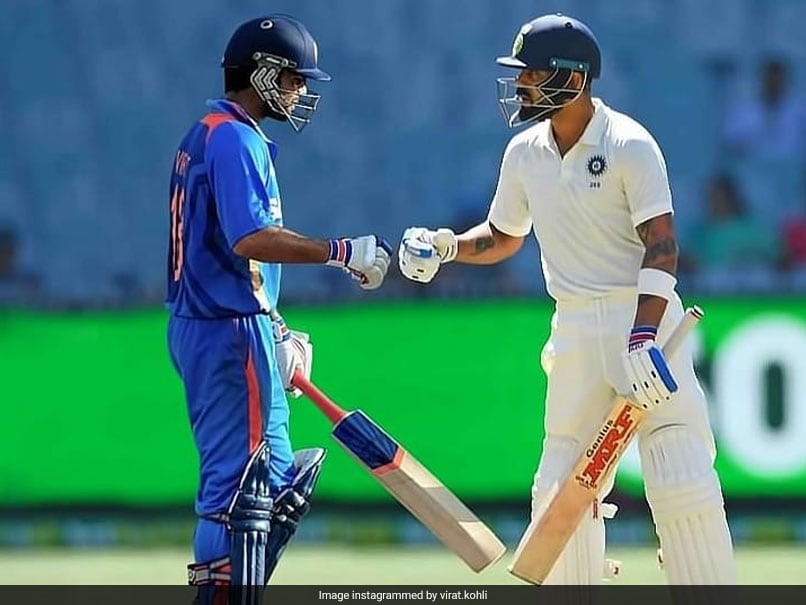 Sharing his 1000th post on Instagram, Virat Kohli wrote a heartfelt tribute to his fans for the love and support they have shown him. Kohli shared an image edited to show a younger version of him from 2008 in the limited overs jersey giving a fist bump to his current self, dressed in Test whites. He started his caption writing "2008" and "2020" with two fists facing each other, indicating a fist bump. "With many learnings along the way, I'm grateful for your love and support you guys have shown me," he wrote in the caption, with a heart emoji.

His wife and Bollywood actor Anushka Sharma responded with a couple of heart emojis.

Fans responded with a lot of love.

"Proud of you," wrote one user on his post, while others showered heart and heart-eyed emojis for the player who is considered as one of the best batsmen in the world.

Kohli has enjoyed an exemplary career since his ODI debut in 2008. Elegant and stylish with the bat, Kohli has broken several records in all formats of the game.

Having made his India debut soon after leading the Under-19 team to World Cup glory, Kohli was part of the squad won the 2011 World Cup.

Kohli went on to take over captaincy from the veteran MS Dhoni.

Kohli has also played 82 T20Is, having scored 2794 runs in the shortest format of the game. He is the all-time highest run-scorer in T20Is.