India will start their World Cup 2019 campaign against South Africa at the The Rose Bowl, Southampton, on June 5. 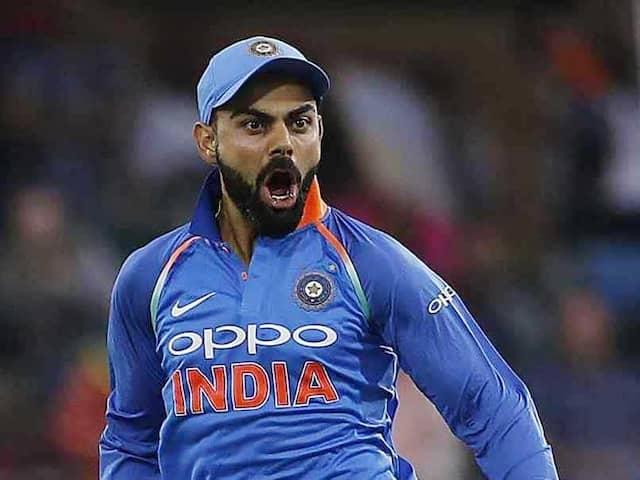 Virat Kohli said no team can be labelled as clear favourites in World Cup 2019.© AFP

Under the captaincy of Virat Kohli, India recently suffered a 2-3 loss to Australia in their final One-day International series before ICC World Cup 2019, starting on May 30 in the UK. The Indian skipper is eager to mark his presence in the mega event as he posted a workout video of himself gearing up for the World Cup. "80 days to go," Virat Kohli said on Twitter, starting the countdown to India's first match in the World Cup 2019.

India will start their World Cup campaign against South Africa at the The Rose Bowl, Southampton, on June 5.

Following the 35-run defeat in the five-match ODI series decider against Australia on Thursday, the Indian captain had declared that the World Cup title race is wide open and no team can be labelled as clear favourites.

"Honestly, every team at the World Cup is a threat. Anyone who gets on a roll at a World Cup, it's very, very difficult to stop that team," Kohli said in a press conference.

"Having said that, any team who's on a roll can be knocked out in the semis... they can be defeated immediately by a side that's more brave on that particular day and wants it more and is more expressive as a side.

"I don't think any team starts the World Cup as favourites. Any team is dangerous. You see how the West Indies has come along. They are going to be a serious threat at the World Cup as well because of the balance that they've been able to crack.

"England has been a very strong side, Australia is now looking balanced, we are a strong side, New Zealand is good, Pakistan can defeat anyone on their day," Kohli added.

India last won the World Cup in 2011 under the captaincy of MS Dhoni, who will guide captain Kohli with his leadership experience this time.