Virat Kohli was honoured with the prestigious Polly Umrigar Trophy at the BCCI Annual Awards function in Bengaluru. 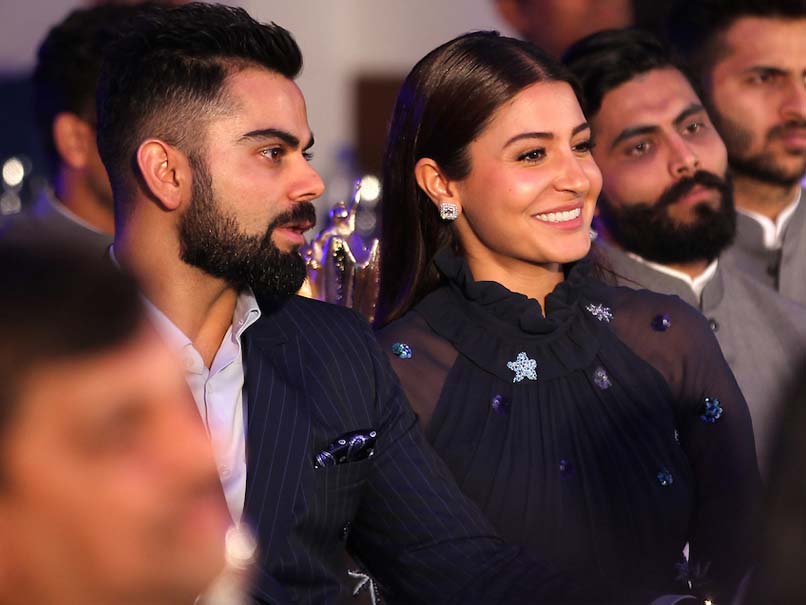 The colour co-ordinated couple looked stunning at the event in Bengaluru.© BCCI

Team India skipper Virat Kohli was honoured with the prestigious Polly Umrigar Trophy at the BCCI Annual Awards function in Bengaluru on Tuesday. To make the night even more special, the cricketer's wife and Bollywood actress Anushka Sharma was present to cheer for him. The colourco-ordinated couple looked stunning at the event as the 29-year-old cricketer wore a dapper navy suit and his wife looked ravishing in a navy long dress. Anushka was all smiles as Kohli took to the stage to receive his award from India coach Ravi Shastri. After receiving the award, he said, "My wife is here today so makes it more special. The awards didn't happen last year but I am glad they didn't because she is here now."

The coveted 6th MAK Pataudi Memorial Lecture, was delivered by former England cricketer Kevin Pietersen. The 37-year-old became the first non-Indian cricketer to deliver the lecture and largely concentrated on the importance of revival of Test cricket. He went on to give a few valuable tips to Afghanistan team, who are going to face India in their debut Test on Thursday. Kohli will not be a part of the match and the side would be led by Ajinkya Rahane in his absence.