Virat Kohli and Anushka were spotted while heading towards the Mumbai airport to board their flight to Bangalore. 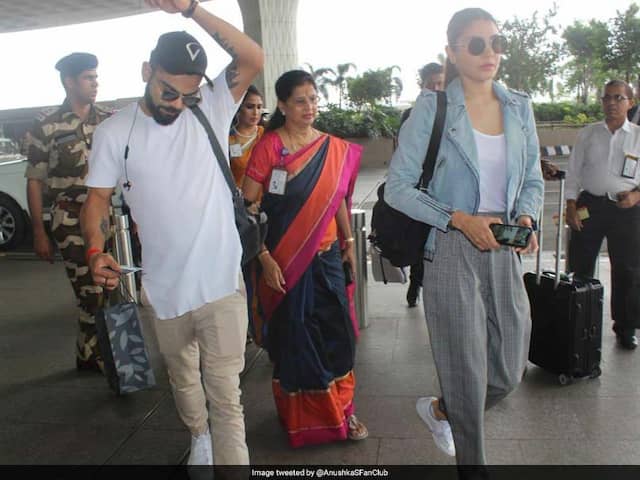 The Twitter handle of Anushka Sharma's fan club shared the images and video of couple entering the Mumbai airport, twinning with white sneakers.

?? | Anushka and Virat spotted at the Mumbai airport today as they leave for Bangalore #Virushka pic.twitter.com/9ousnhCKf8

?? | Anushka and Virat clicked at the Mumbai airport today as they leave for Bangalore #Virushka [UNTAGGED] pic.twitter.com/PbX9xLrRfY

Virat and Anushka on Monday shared an adorable picture while having fun with their pet dog. Both Virat and Anushka took to their Instagram profiles to share their pictures with the little bundle of cuteness. The couple shared the photo with a heart emoji.

Kohli was last in action in the Indian Premier League (IPL) 2018. Kohli-led RCB failed to make a place in the playoffs but the skipper had a good run in the league as he accumulated 530 runs in 14 matches.

India will now play a one-off Test match against Afghanistan but Kohli won't be a part of it. The Indian team will then travel to Ireland for two T20Is before their tour of England where they will play three T20Is, three ODIs and five Tests.