COA chief Vinod Rai stated that Virat Kohli has never pressurised him on any policy matter. 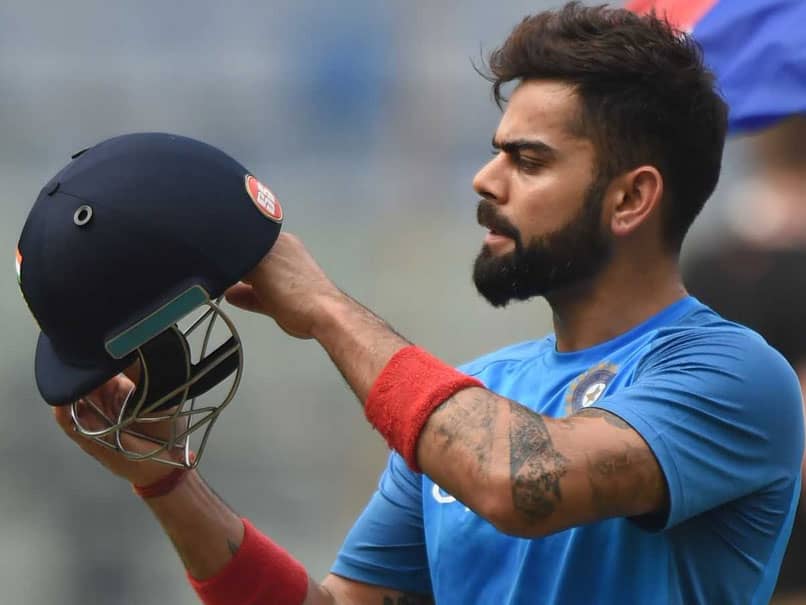 Virat Kohli's aura in Indian cricket has grown exponentially over the past few years but contrary to popular perception, he has never wielded "disproportionate influence" when it comes to policy decisions, says Committee of Administrators (COA) chief Vinod Rai. Rai has had first-hand experience of interacting with Kohli on policy matters and after 16 months, he has his own assessment of the maverick Indian skipper. "Any captain will exercise a certain amount of influence on the team. I am in favour of allowing that flexibility and discretion to a certain degree. After all, the captain carries the cross," Rai told news agency PTI in an exclusive interaction during an event at Delhi Gymkhana.

"But I will make it clear that nobody has come to me and said that Virat exercises influence, which is disproportionate to what a captain should be enjoying," he added. The former CAG stated that the skipper has never pressurised him on any policy matter.

"At a personal level, Virat's behaviour with me has been absolutely proper. Virat has never pressurised me for anything. Neither the team management nor selectors have ever had any complaints about Virat," Rai said.

The speculation over Kohli's excessive influence in policy decisions was quite high during the resignation of Anil Kumble as chief coach. It was widely reported that it was Kohli's pressure that forced Kumble to step down.

The three-member selection committee led by MSK Prasad with a collective playing experience of 13 Tests, at times have been put under pressure but the COA chief believes that the former wicket-keeper is not one who can be easily dominated.

"I have no first hand of knowledge that selectors have been under any pressure. I have great amount of respect for MSK," he replied.

Without getting into details, he spoke about how Prasad had handled a selection pressure once just after the COA had taken over.

"I know of a particular incident when there was a bit of pressure on MSK. It was during January, last year when we (COA) had just come. I was told that MSK switched off his phone and then did the selection which was purely based on merit," he said.

"MSK can't be cowed down and he is senior enough to tackle the star power. When he selected the team for Afghanistan Test, he was given a pool of players without Virat. Also neither me nor Diana (Edulji) sit in selection meetings," he added.

Rai also explained the rationale behind allowing Kohli to play county cricket for Surrey at the expense of Afghanistan Test.

"I was involved in the decision-making right from the start. There was a lot of criticism that the team didn't have enough time to acclimatise during the South Africa tour where we lost the Test series 1-2.

"This time we discussed with team management, with India A coach Rahul Dravid and chalked an elaborate plan so that our boys reach their early and get to play matches in order to get ready. Also the Afghanistan CEO (Shafiq Stanikzai) made a statesman like statement that they are playing India and not Virat Kohli," he added.

Rai also made it clear that the decision of not playing 'pink ball cricket' was taken only after consulting the "primary stakeholders" - which is the players - and insisted that knowing their "mindset" is necessary.

"The whole world plays matches to win. May be 50 years back, Indian team used to play Test matches for a draw. We have a fantastic team and they want to focus on whatever is the immediate objective (win Test series in England and Australia, 2019 WC in England)."

Rai also said that Team Director Ravi Shastri had provided the COA with the players' feedback having spoken to the skipper and some other senior players.

"On April 12, Ravi (Shastri) had met us for a debriefing and he told us, 'Look the team is focussed on something else (with a year left for World Cup). The team is not ready to start practising with pink ball yet'.

"When we asked Ravi, has he spoken to senior players, he replied that he has indeed taken feedback from Virat and Rohit (limited overs vice-captain)."

Comments
Topics mentioned in this article
Virat Kohli BCCI Cricket
Get the latest updates on IPL 2020, check out the IPL Schedule for 2020 and Indian Premier League (IPL) Cricket live score . Like us on Facebook or follow us on Twitter for more sports updates. You can also download the NDTV Cricket app for Android or iOS.