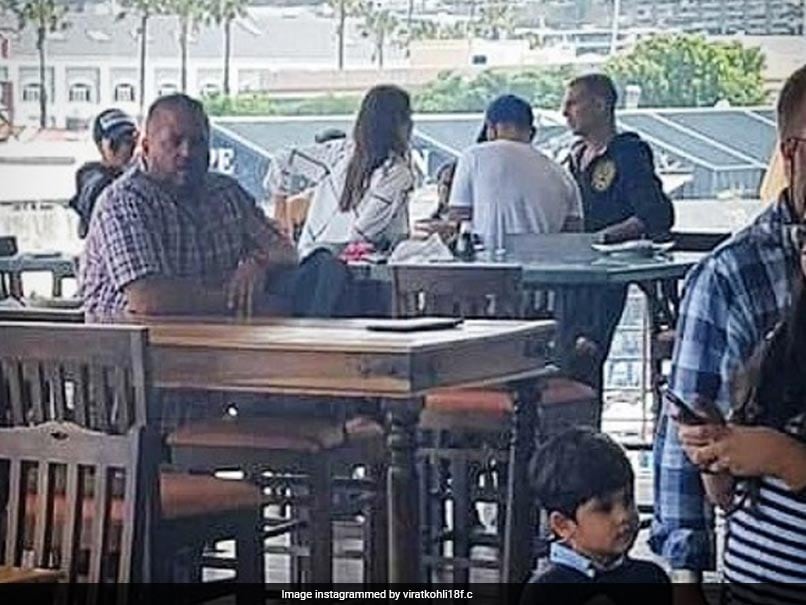 Indian skipper Virat Kohli and wife Anushka Sharma were spotted with Bollywood star Akshay Kumar in Cape Town on Tuesday. The trio were seen at a restaurant over lunch. Viratwill head the Indian team for the three Tests, six ODIs and three T20s, beginning January 5. The first Test will take place in Cape Town. The Indian skipper had missed the Sri Lanka One-Day International and Twenty20 International series after after taking a break for his wedding to Bollywood star Anushka.

Virushka during lunch in cape town with Akshay Kumar

Kohli has been away from cricket since the third Test against Sri Lanka at the Feroz Shah Kotla in Delhi on December 6. He got got married to Anushka in a private ceremony in Italy on December 11 and then held two grand receptions on December 21 (in Delhi) and 26 (in Mumbai) respectively.

India will play three Tests at Cape Town, Centurion and Johannesburg followed by six One-day Internationals and three T20 Internationals in a series that is being called a litmus test for both for Kohli as captain and the team in general.
India have not won a single Test series in the 'Rainbow Nation' for the past 25 years but skipper Kohli had made it clear that they have "nothing to prove to anyone" during the upcoming South Africa series.

Indian teams over the years have struggled with the bounce that South African pitches offer, having won only two Test matches over the years. The best result came during the 2010-11 series, which India drew 1-1.
However, India are coming at the back of some strong performances against the likes of Australia, New Zealand and Sri Lanka at home. With a great mix of solid batsman and good fast bowlers, this tour is being viewed as a golden chance for India to get one over the hosts.

Comments
Topics mentioned in this article
India Cricket Team Virat Kohli South Africa vs India 2018 Cricket
Get the latest updates on ICC T20 Worldcup 2022 and CWG 2022 check out the Schedule, Live Score and Medals Tally. Like us on Facebook or follow us on Twitter for more sports updates. You can also download the NDTV Cricket app for Android or iOS.