Virat Kohli and Anushka Sharma took to social media to send out a message to all those who were or are victims of domestic violence. 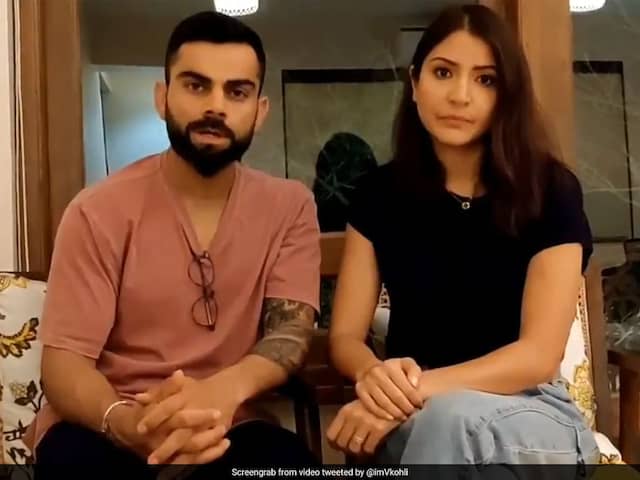 Virat Kohli shared an important video message on Instagram on the menace of domestic violence amid the nationwide lockdown enforced to fight the spread of coronavirus. Apart from the India captain, the video also features his wife and actor Anushka Sharma, India's limited-overs vice-captain Rohit Sharma and former India women's captain Mithali Raj apart from a few Bollywood celebrities. "If you have been a victim, witness or a survivor of the domestic violence, please report," Kohli captioned the video. The video was also shared by Anushka Sharma.

If you have been a victim, witness or a survivor of the domestic violence, please report. #LockdownOnDomesticViolence #Dial100 @cmomaharashtra_ #DGPMaharashtra @adityathackeray @aksharacentreindia

The video features Bollywood stars like Farhan Akhtar, Karan Johar and Madhuri Dixit among others.

"During the lockdown, there has been a sharp increase in the number of domestic violence cases," they say, urging both men to stand up to the violence and to women to "break your silence".

According to data shared by the National Commission for Women, they received 239 complaints related to domestic violence between March 22 and April 16. They had received 123 complaints from February 27 and March 22.

Prime Minister Narendra Modi had declared the lockdown from March 24 to help fight the spread of the novel coronavirus.

NCW Chairperson Rekha Sharma earlier said that the high number can be attributed to the lockdown imposed due to the coronavirus outbreak which has locked the abuser and the victim together.

More than 50 helplines have been started across India to help women facing domestic violence during the ongoing lockdown, news agency PTI reported on April 18.

"Fifty-two helplines have been started in different parts of the country to help women facing domestic violence during the lockdown," PTI quoted a home ministry official as saying.

While some of these helplines are active nationally, some are state specific and others were set up at district level.

Rohit Sharma Mithali Raj Cricket
Get the latest updates on IPL 2020, check out the IPL Schedule for 2020 and Indian Premier League (IPL) Cricket live score . Like us on Facebook or follow us on Twitter for more sports updates. You can also download the NDTV Cricket app for Android or iOS.