Wriddhiman Saha celebrated his son's birthday party in the Indian cricket team's bio-secure bubble in Ahmedabad. He was joined with Virat Kohli and Anushka Sharma. 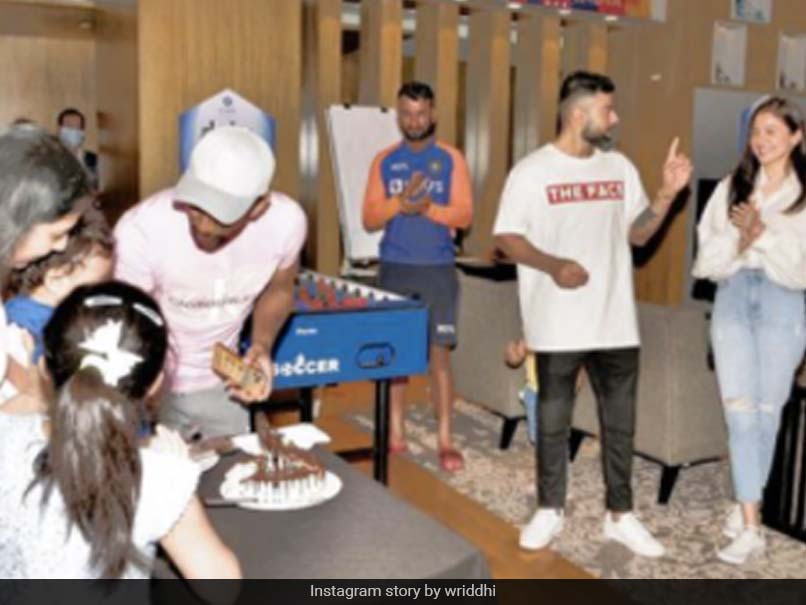 Indian cricket captain Virat Kohli and his wife Anushka Sharma celebrated the first birthday of Wriddhiman Saha's son Anvay in Ahmedabad. The birthday bash took place in the Indian cricket team's bio-secure bubble in the city. India recently sealed a 3-1 win against England in a four-match series. The win also helped India book a berth in the World Test Championship final. Saha was part of the Test team, but didn't play any match, with Rishabh Pant preferred for the wicketkeeper role.

Saha shared photographs of the birthday party on his Instagram stories. Here are the photos: 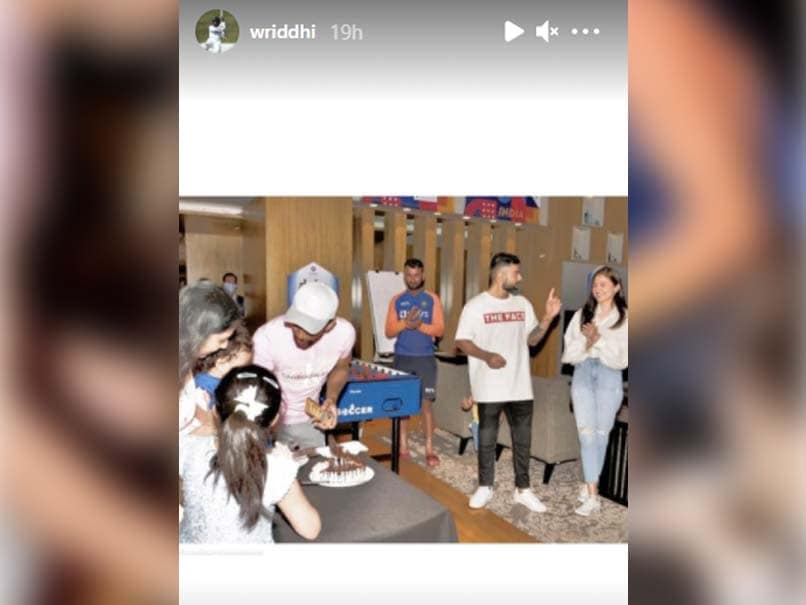 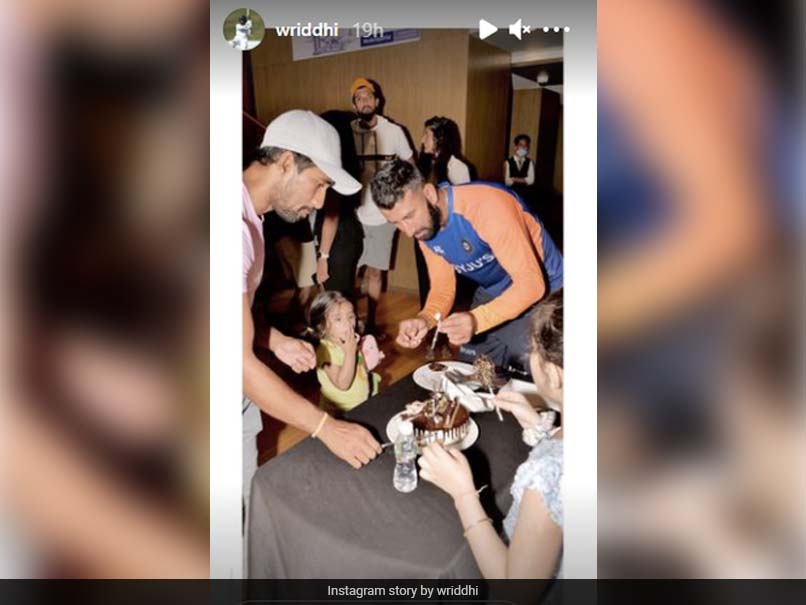 In one of the photos, Kohli can be seen standing with Anushka, while the cake is being cut. He was wearing a white t-shirt, with black jeans. Meanwhile, Anushka donned blue jeans and a white top. In the photo, Cheteshwar Pujara can also be seen in his training gear.

In another photo, Pujara is shown tasting some cake, with Ishant Sharma in the background.

Axar Patel and Ravichandran Ashwin carried on with their fine form, taking five-wicket hauls in the final Test. India also won the third Test by 10 wickets in the same venue.

The first and second Test matches took place at the MA Chidambaram Stadium in Chennai. England won the first Test match by 227 runs, and Joe Root scored a double century (218). The hosts bounced back in style to win the second Test by 317 runs.

Ishant Sharma India vs England 2020-21 Cricket
Get the latest updates on IPL Auction 2023 and check out  IPL 2023 and Live Cricket Score. Like us on Facebook or follow us on Twitter for more sports updates. You can also download the NDTV Cricket app for Android or iOS.