Virat Kohli and Anushka Sharma enjoyed the "best vegan food ever" at a restaurant in London. 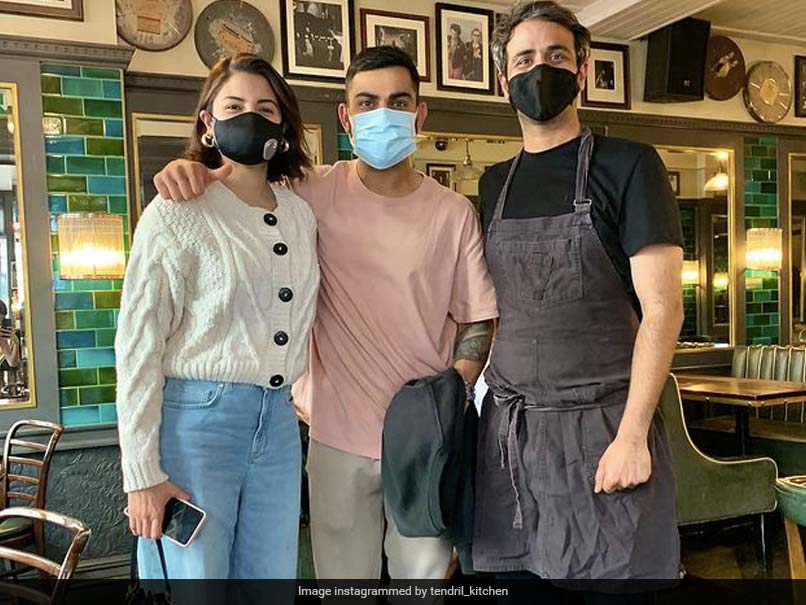 Virat Kohli and Anushka Sharma at a restaurant in London.© Instagram

Virat Kohli, who recently led India to a thrilling Test win over England at the Lord's cricket ground, enjoyed a vegan meal with his wife Anushka Sharma at a restaurant in London. Anushka posted a picture of a dish on her Instagram story and wrote "best vegetarian/vegan food ever." Popular chef Rishim Sachdeva posted a picture on his Instagram page with the star couple. Virat and Anushka also posed with the restaurant staff for a picture.

Here are the pictures from Anushka and Virat's day out in London: 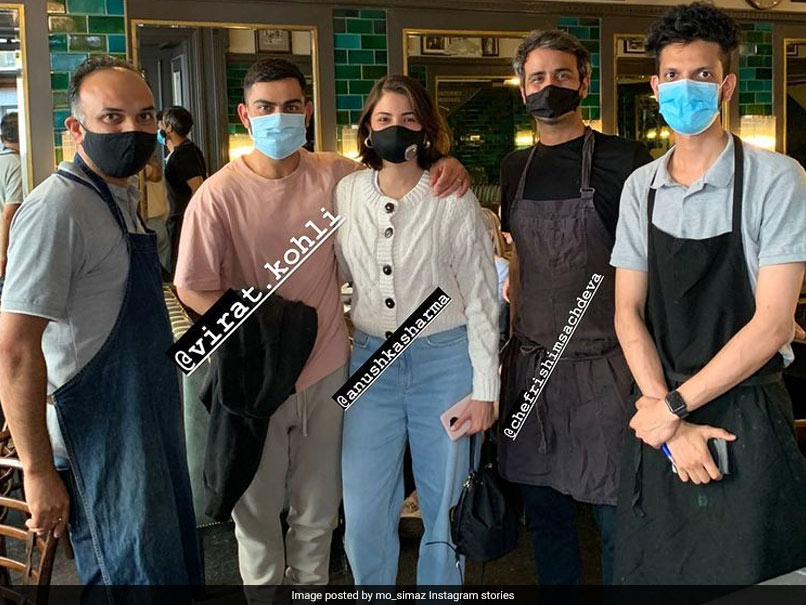 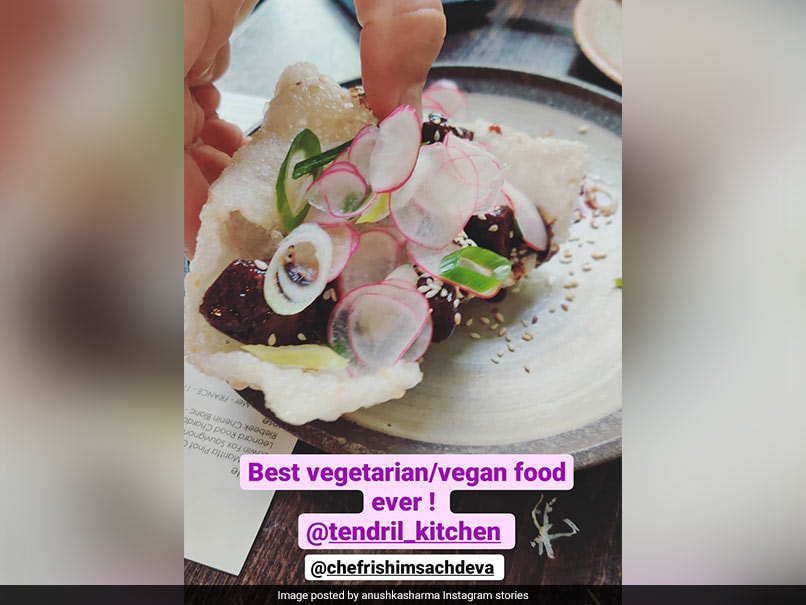 On the field, Kohli was exceptional with his tactics on Day 5 of the second Test match as India bundled out England for a paltry total of 120 to go 1-0 up in the five-match series with three games to play.

India were in trouble in the second innings after Rishabh Pant and Ishant Sharma went cheaply on the final day. Mohammed Shami and Jasprit Bumrah emerged as the heroes with the bat as they put on an unbeaten 89-run stand for the ninth wicket.

After setting England a target of 272, Indian bowlers bowled relentless line and lengths as the hosts crumbled under pressure.

Mohammed Siraj was the star with the ball, picking up four wickets in the second innings. He removed Jos Buttler and James Anderson in the same over to help India to a memorable win.

With the bat, KL Rahul and Rohit Sharma put on a gutsy partnership in the first innings while Ajinkya Rahane and Cheteshwar Pujara found some form in the second innings as the duo stitched an important 100-run partnership for the fourth wicket.

India Cricket Team England vs India, 2021 Cricket
Get the latest updates on IPL Auction 2023 and check out  IPL 2023 and Live Cricket Score. Like us on Facebook or follow us on Twitter for more sports updates. You can also download the NDTV Cricket app for Android or iOS.