Virat Kohli Only Indian On This Forbes List, No Women In Top 100

Virat Kohli is the only sportsperson from India to be featured in the list. 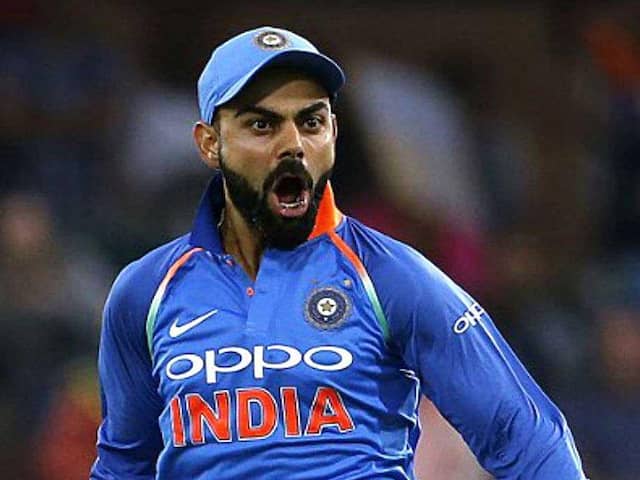 India cricket team captain Virat Kohli is among the world's highest-paid athletes, according to Forbes. Kohli is the only sportsperson from India to be featured in the list. The Indian skipper is ranked 83rd with earnings of USD 24 million, according to the website. Surprisingly, the 'World's Highest-Paid Athletes 2018' compilation is an all-male affair with no women being featured in the list.

According to Forbes website www.forbes.com: "Athletes from 11 different sports made the cut. NBA stars lead the way with 40 basketball players among the top 100. It tops the record from one sport set just last year with 32 hoopsters (only 18 were on the 2016 list). The soaring NBA salaries are a result of an increased salary cap, driven by the league's $24 billion TV deal, which tipped off with the 2016-17 season". The 'World's Highest-Paid Athletes 2018' list is topped by 41-year-old Mayweather, with USD 285 million earnings.

"The NFL was the next most-represented sport with 18 athletes, led by Matt Ryan ($67.3 million) at ninth overall. Baseball (14 athletes), Soccer (9), Golf (5), boxing, tennis (4 each) and racing (3) also landed multiple stars in the top 100. For the third straight year, cricket (Virat Kohli, $24 million), mixed-martial arts (McGregor, $99 million) and track (Usain Bolt, $31 million) had one athlete make the grade. No NHL players or Nascar drivers earned $20 million during the past year," the website said.

Forbes said tennis' female sportspersons Li Na, Maria Sharapova and Serena Williams were list regulars but Li retired in 2014 and Sharapova is still dealing with the aftermath of a 15-month suspension for using a banned substance.

Serena was the only woman to feature in the top 100 last year, but her prize money dropped from USD 8 million to USD 62,000 this year after she gave birth to her daughter, Alexis, in September.

Kohli is not just cricket-crazy India's biggest name but is also one of the most popular athletes in the world, "boasting more Twitter followers (25 million-plus) than all but three active sports stars.

This year the Indian national cricket board 'The Board of Control for Cricket in India' named Kohli as one of just five players to receive the newly-created A+ contracts, which guarantee an annual retainer of more than USD 1 million, it said.