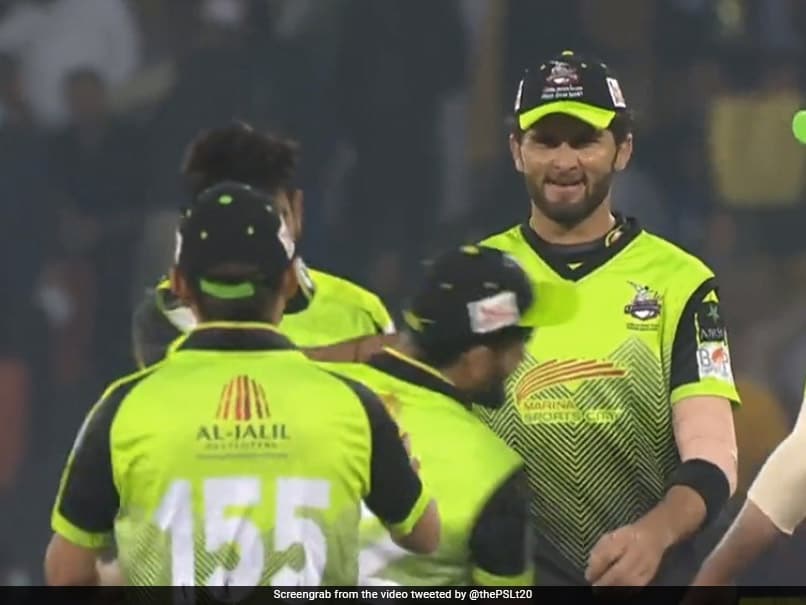 The video of Haris Rauf slapping his teammate went viral on Twitter.

Many fans expressed their anger at Haris Rauf for his over-the-top reaction.

Haris Rauf has escaped fine, but he has been warned by the match referee Ali Naqvi for his actions during last night's match. Haris explained that it was a friendly push and not a slap. #HBLPSL7

What is this behaviour of @HarisRauf14 . I request chairman of @TheRealPCB @iramizraja to take a serious note of this rude action of haris rauf. #HarisRauf #KamranGhulam https://t.co/o7SHQH7As7

Haris Rauf slapped his teammate Kamran Ghulam for dropping the catch in Psl.

Haris Rauf hitting Kamran felt very distasteful. I get they are friends, but there must be a limit to aggression.

what is this behaviour? Itna ghamand kia bat ka hai bhai ya should apologize on your this behavior which you are doing live with kamran Ghulam....Shame on you man.@HarisRauf14 pic.twitter.com/0R7Etu3Q92

Haris Rauf you are not playing street cricket now, this is not the way to behave with your teammates, if if it is just a joke, Kamran Ghulam is a super star too, he has self esteem too. PCB should fine Haris rauf#HarisRauf

In reply, Lahore Qalandars lost opener Fakhar Zaman on the very first ball. Kamran Ghulam and Phil Salt steadied the innings, before Mohammad Hafeez took the team closer to the target with a patient 49 off 44 balls.

But the Qalandars kept losing lost wickets at regular intervals and in the end left themselves with a mountain to climb.

Needing 24 to win off the final over, the Qalandars found an unlikely hero in fast bowler Shaheen Shah Afridi, who blasted 39 off just 20 balls.

The match went into a Super Over after the scores were tied.

Lahore Qalandars, though, only managed to score five runs in the Super Over with Peshawar Zalmi chasing it down in just two balls.