Umar Akmal Not Given Central Contract; Sarfraz Ahmed In Category A 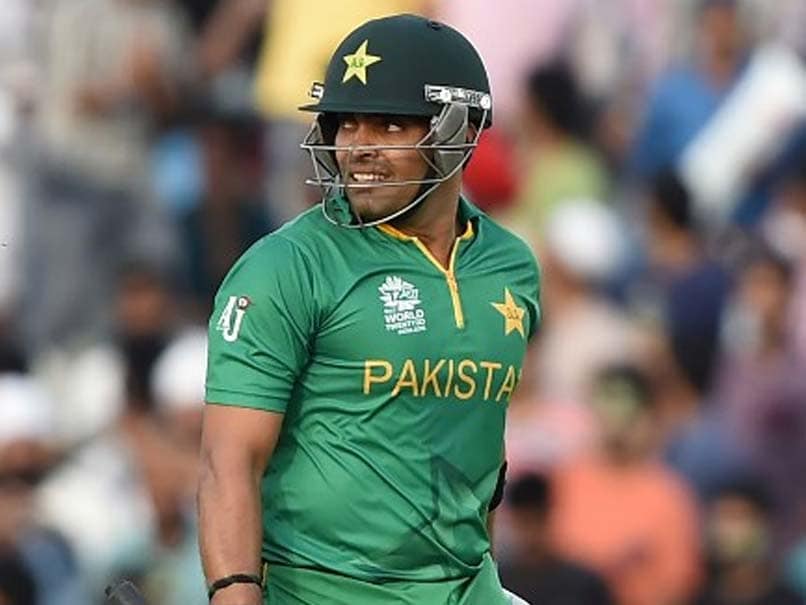 PCB said the contracts were awarded after reviewing the players' performance.© AFP

The Pakistan Cricket Board (PCB) on Wednesday dropped the enigmatic batsman Umar Akmal from the list of 35 players awarded new 12-month central contracts but promoted captain Sarfraz Ahmed to the top category along with Muhammad Amir and Yasir Shah. In a decision taken by the PCB in consultation with the national selectors and team management, a clear message was sent out to Umar Akmal that he needed to work on his attitude, behaviour and fitness. Akmal was sent back home from the Champions Trophy in England after failing a fitness test before the tournament and was also sidelined in April for the tour to the West Indies for fitness and other reasons.

A PCB release said that a number of young players have been awarded central contracts this year keeping in mind that the national teams in all formats will be going through transition phase after a number of retirements from last year's central contract list.

The PCB said the contracts were awarded after reviewing the players' performance, fitness and discipline with the number of players getting the new contracts being increased to 35 from 30 last year.

But the decision by the selectors, head coach and Director cricket PCB to categorise the players is bound to raise questions as category A includes players like left-arm pacer Muhammad Aamir and leg-spinner Yasir Shah, who only plays Tests.

Similarly, including a senior player like Wahab Riaz with juniors and new entrants in category C is also under debate.

The PCB has given a 10 per cent increase in the monthly retainers of the contracts as per a three-year agreement between the players and PCB, which basically means that the top category will have a monthly salary of around 500,000 rupees followed by 425,000, 350,000 and 275,000 rupees.

The PCB this year, however, has decided to reward all the top performers of domestic cricket and give them contracts as an incentive.

Comments
Topics mentioned in this article
Pakistan Cricket Team Umar Akmal Sarfraz Ahmed Cricket
Get the latest updates on ICC Women's Cricket World Cup 2022 and IPL 2022, check out the Schedule , Live Score and IPL Points Table. Like us on Facebook or follow us on Twitter for more sports updates. You can also download the NDTV Cricket app for Android or iOS.