Shafali Verma To Play In The Hundred For Birmingham Phoenix: Report 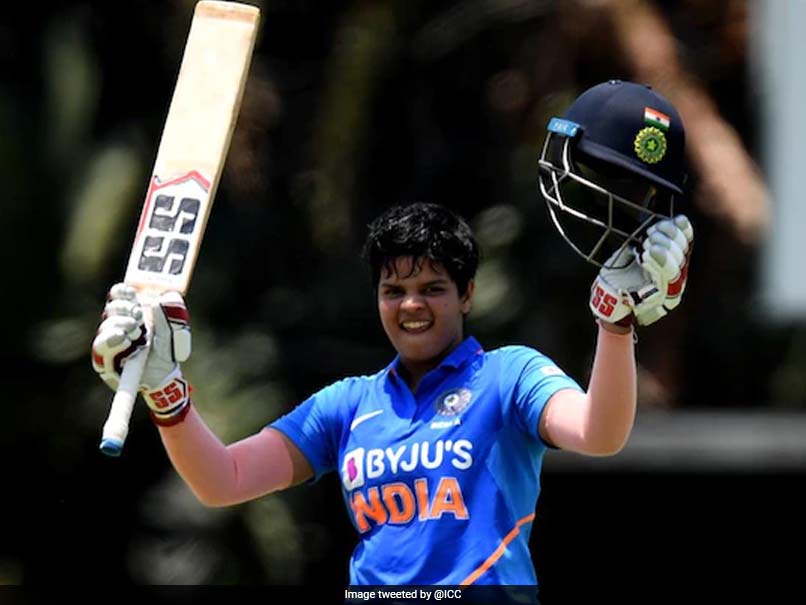 According to ANI, Shafali Verma will be the the fifth Indian player to take part in The Hundred.© ICC/Twitter

Teen sensation Shafali Verma is set to join India's T20I skipper Harmanpreet Kaur, deputy Smriti Mandhana, Jemimah Rodrigues and Deepti Sharma in the inaugural edition of The Hundred. The swashbuckling opener will play for Birmingham Phoenix under Kiwi all-rounder Sophie Devine. Speaking to ANI, sources in the know of developments confirmed that Shafali is the fifth Indian player who has been handed a No-Objection Certificate (NOC) by the Board of Control for Cricket in India (BCCI). "It is a delightful news not just for Shafali but for Indian women's cricket that there will be five Indian players in the inaugural edition of The Hundred. She will re-unite with her Sydney Sixers coach Ben Sawyer and the experience should help her grow further in what has already been a very positive road forward for the youngster," the source said.

The 17-year-old has shown that she loves taking on fresh challenges and speaking after her spectacular showing in the women's series against South Africa in March, Shafali had revealed how she trained with the Haryana men's team to improve her game.

"The reason behind the fast foot movement is the time I spent with the Haryana men's team ahead of the Syed Mushtaq Ali T20 tournament. I cannot thank the Haryana Cricket Association enough for allowing me to train with the team. What it did was that it helped my decision-making power at the crease as I was facing fast bowlers who were touching close to the 140kph mark.

"So, I had that extra second to decide if I wanted to go back or play off the front foot when I played the T20I series," she told ANI.

"We had some top-quality bowlers in Mohit Sharma, Ashish Hooda, Ajeet Chahal, Sanjay Pahal and Aman Kumar among others."

Apart from playing whirlwind knocks in the T20I series, Shafali also looked to have improved her fitness. She once again thanked the HCA for helping the players.

"Yes, I did work on my fitness during the time away from the game due to lockdown. Here too, cannot thank the HCA enough. Every player was catered to individually.

Our needs were looked into and even for things like dumbbells, HCA ensured every player had equipment to train. At the top level, you need to be fit to perform," she had said.

Harmanpreet Kaur will represent Manchester Originals in The Hundred, while Smriti Mandhana will turn out for Southern Brave.

The inaugural season of The Hundred was set to be played last year, but it got postponed due to the COVID-19 pandemic.

The Hundred is a 100-ball cricket competition that will see prominent players (both men and women) featuring in the tournament later this year in the English summer.

India Women Shafali Verma Harmanpreet Kaur Smriti Mandhana Cricket
Get the latest updates on Fifa Worldcup 2022 and check out  Fifa World Cup Schedule, Stats and Live Cricket Score. Like us on Facebook or follow us on Twitter for more sports updates. You can also download the NDTV Cricket app for Android or iOS.