Sarah Taylor, who will play for the Welsh Fire in the Hundred, took up coaching positions after announcing her international retirement in September 2019. 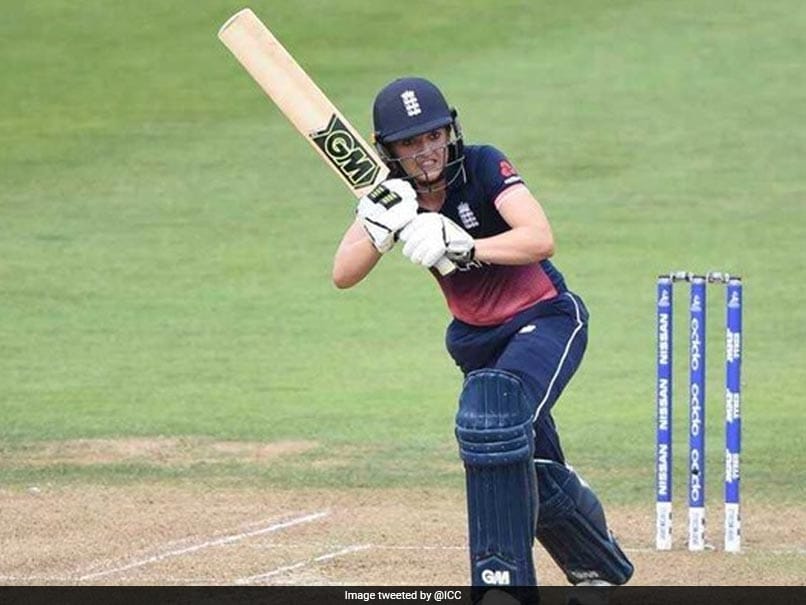 Former England wicketkeeper Sarah Taylor is to return to professional cricket in the Hundredafter putting her career on hold due to anxiety issues. Taylor, who will play for the Welsh Fire,took up coaching positions after announcing her international retirement in September 2019. The 100 balls-per-side franchise tournament was meant to have been launched last year but was delayed by the coronavirus pandemic.

All eight franchises will feature both men's and women's teams, with the two competitions running side by side.

"The coaching is the future for me but a little bit of testing the waters -- am I good enough, have I still got what it takes? I don't really feel like I've got much to lose by playing, I just get to enjoy myself," said Taylor.

"I could have the worst tournament in the world but I know that I will probably love every minute. Having my full-time job now, it's my grounder, my feet are firmly on the ground. I can now enjoy my cricket."

Taylor, who won two World Cups with England, is unsure about whether she will wear the wicketkeeping gloves at the Welsh Fire, who also have Australia's Beth Mooney in their ranks.

The 31-year-old is relishing the opportunity to return to playing and said working alongside Australia captain Meg Lanning was an added bonus.

"The chance to be there in the first year of the Hundred is a little bit of a no-brainer, really," said Taylor.

"A draw for me was playing with Meg Lanning, that's always something that I've wanted to do for quite a few years. I'm fed up of fetching her balls rather than being at the non-striker's end.

"I can't wait to work with Beth Mooney, she's a great player. If I get a run around in the field I'm not actually going to complain because I do enjoy it. I'm just really looking forward to it."

The Hundred is aimed at attracting a fresh audience to cricket in order to safeguard its future but critics have questioned the need for yet another new format in a packed calendar.

The competition will launch with a women's fixture as Oval Invincibles host Manchester Originals on July 21, with the men's sides playing the following day.

England Women Sarah Taylor Cricket
Get the latest updates on T20 World Cup, check out the T20 World Cup Schedule and Live Score . Like us on Facebook or follow us on Twitter for more sports updates. You can also download the NDTV Cricket app for Android or iOS.