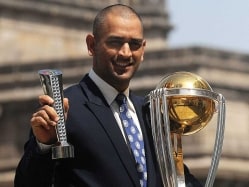 Mahendra Singh Dhoni made his One-Day International debut for India ten years ago on 23rd December 2004. 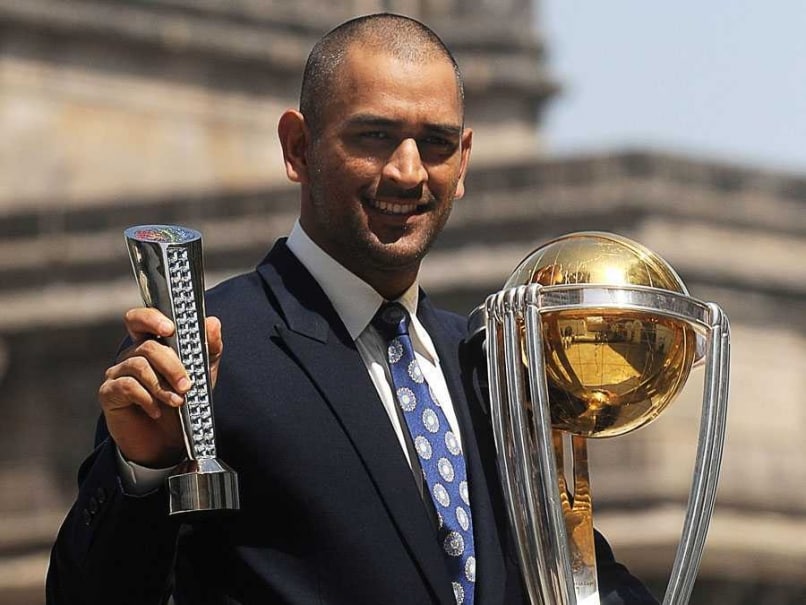 Ten years ago, to the day, a stockily-built cricketer with long locks made his debut for India. I was there in Chittagong. But I don't recall the moment.

Today, I needed to revisit the scorecard of that match to find out that MS Dhoni was dismissed for duck.

All I remember from India's tour of Bangladesh in 2004 was Sachin Tendulkar's record equaling 34th Test ton and Sunil Gavaskar, the man whose record he broke, congratulating him on the boundary ropes.

That's how unobtrusive MS Dhoni's debut was. Little did I know then, that the same man who had been inconspicuous on that windy day in Chittagong would go onto become a phenomenon in Indian cricket.

From rags to riches

It was in his 5th match for India that I first noticed MS Dhoni. Rather, he forced me to notice him, just as he forced the entire cricket world to wake up to his batting talents, smashing a hapless Pakistani bowling attack for a 123 ball 148.

While I saw this particular innings on TV, I promptly booked my tickets to travel to Jamshedpur, the venue of the 2nd ODI vs Pakistan to watch MSD in action.

Before reaching Jamshedpur though, I made a quick pit stop in Dhoni's hometown Ranchi to interview his parents. It was here that I first got a glimpse of his humble background.

An old, dilapidated flat was where MS Dhoni grew up along with his parents and two siblings. An old fashioned TV in the drawing room seemed to be the most valuable item in the house. The only vehicle parked outside the house was a Royal Enfield motorcycle, which was Mahendra's preferred and only mode of transport and something that he was forced to share with his elder brother Narendra.

A punctured football lying right behind the main door was hard to miss. I was told it still served the purpose of providing entertainment at home wherever Mahi was bored.

After interviewing Dhoni's parents on their son's match-winning knock two days ago, I moved onto Jamshedpur. The Indian team in those days featured the likes of Sachin Tendulkar, Virender Sehwag, Sourav Ganguly and Rahul Dravid. Yet, during my 3-day stay in Jamshedpur all I heard were chants of Dhoni... Dhoni... Dhoni. A star was born.

It was the 151st over of India's second innings in the Antigua test. Dhoni had smashed 3 consecutive sixes off Dave Mohammed. The fourth ball was also hoicked towards the mid wicket boundary, where Darren Ganga held on to the catch.

But had the fielder stepped on the boundary rope? The TV replays were inconclusive. As is the norm in cricket, the on field umpires gave Dhoni the benefit of the doubt, a decision that angered Brian Lara. The temperamental West Indian skipper wasted no time in letting his displeasure known to umpire Asad Rauf and batsman MS Dhoni.

The image of an angry Lara wagging his finger in reproach towards MS Dhoni is still fresh in my mind. But the image that had a bigger impact on me was that of an equanimous Dhoni. He didn't throw a word back at Lara, instead just starred back at him. Dhoni's eyes didn't reveal aggression, only conveyed his resoluteness to one of the most revered cricketers of the time.

To me, that was a display of remarkable Sangfroid at a time when most other 9 test match old cricketers would have buckled down.

After the high of winning the World Cup, MS Dhoni endured the toughest 10 months of his career in 2011, when he oversaw India being whitewashed in two consecutive test series. Soon, the calls of dropping him as captain grew louder.

I had a brief chat with him in a hotel lobby in New Delhi, in the aftermath of two of India's worse overseas tours, and couldn't resist asking him- Did he fear the media backlash? Did he worry the same fans that cheered for him would now jeer him? He replied "I have 3 dogs at home. No matter how I play, they greet me the same way when I return."

To some it may reek of cocksureness, to me it signified confidence.

The man is a Dog lover but he's also a Tiger at Heart!

Comments
Topics mentioned in this article
India Cricket Team MS Dhoni Cricket
Get the latest updates on IPL 2021, check out the IPL 2021 Schedule and Indian Premier League Live Score . Like us on Facebook or follow us on Twitter for more sports updates. You can also download the NDTV Cricket app for Android or iOS.