Priyanka and Suresh Raina tied the knot on April 4, 2015. 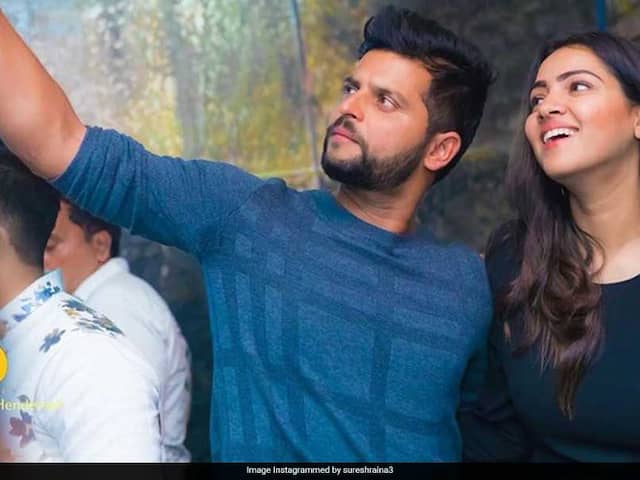 Priyanka Raina, the wife of Team India batsman Suresh Raina, revealed her husband's hidden talent during an episode of the TV programme Miss Field. Priyanka Raina in her interview with anchor Shibani Dandekar during the programme said Suresh Raina is a talented singer and still sings well. "He used to sing a lot. Yeah, he loved singing even then. He's good yes, for sure", she told Dandekar in the programme. Priyanka and Suresh Raina tied the knot on April 4, 2015. Priyanka knew Suresh for 20 years before getting married. "Known Suresh since I was ten years old", she told Dandekar.

She also revealed her father was Raina's teacher and sports coach in school. "Well my father saw him every day because he was his teacher. He was his sports coach as well. We were neighbours, so my mom and his mother were also very close to each other", she added.

Raina is currently out of favour in the Indian cricket team. In 18 Tests that he has played so far, he has scored 768 runs with a century to his name. Raina last played a Test in 2015 against Australia in Sydney where he failed to score a single run. The match had ended in a draw.

He has a decent record in the limited-overs format. In 226 ODIs, Raina has amassed 5615 runs hitting five centuries and 36 fifties at a batting average of 35.31.

At present, he is leading Uttar Pradesh in the Vijay Hazare Trophy.

Suresh Raina Cricket
Get the latest Cricket news, check out the India cricket schedule, Cricket live score . Like us on Facebook or follow us on Twitter for more sports updates. You can also download the NDTV Cricket app for Android or iOS.