The ICC handed Stuart Broad one demerit point and a fine of 15 percent of his match fee for the profanity he directed at South African captain Faf du Plessis. 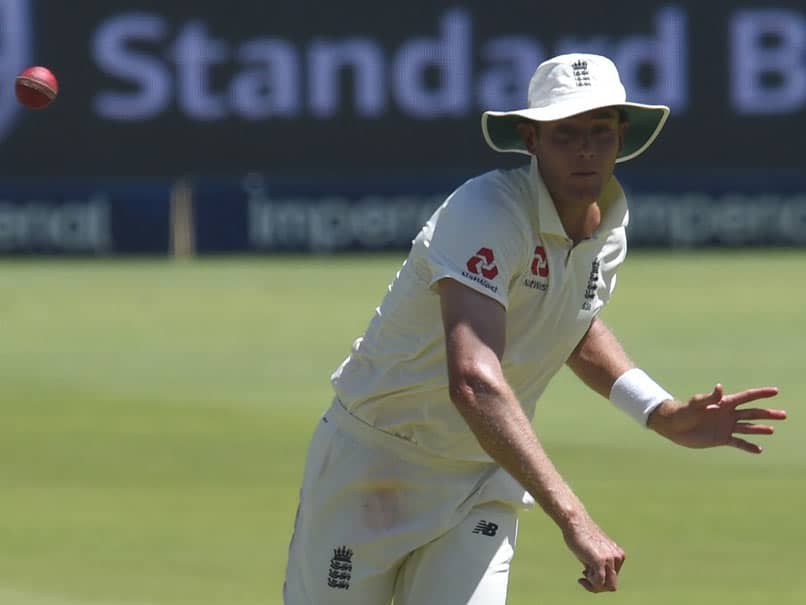 Stuart Broad has been fined 15 percent of his match fee by the ICC.© AFP

England fast bowler Stuart Broad has been fined 15 percent of his match fee by the International Cricket Council (ICC) for the profanity he directed at South African captain Faf du Plessis during the fourth Test between the two sides. The incident occurred on the final day of the Test match after Du Plessis was hit on the pads by a throw from Sam Curran which led to a heated exchange with Broad.

"Broad was found to have breached Article 2.3 of the ICC Code of Conduct for Players and Player Support Personnel, which relates to "use of an audible obscenity during an International Match."

"In addition to this, one demerit point has been added to the disciplinary record of Broad, for whom it was the second offence in a 24-month period, taking his demerit points to two," the ICC said.

The series has seen several reprimands from the ICC. During the second Test, England wicket-keeper Jos Buttler was fined for a foul-mouthed barrage against South Africa's Vernon Philander.

England all rounder Ben Stokes was later fined for an altercation with a fan at the Wanderers while South African pacer Kagiso Rabada was fined for his celebration of a wicket.

South Africa were also fined and docked points from the World Test Championship for slow over rate in the fourth Test.