South Africa vs England: Jos Buttler was fined 15 percent of his match fee by the ICC for swearing at South Africa's Vernon Philander during the second Test at Newlands. 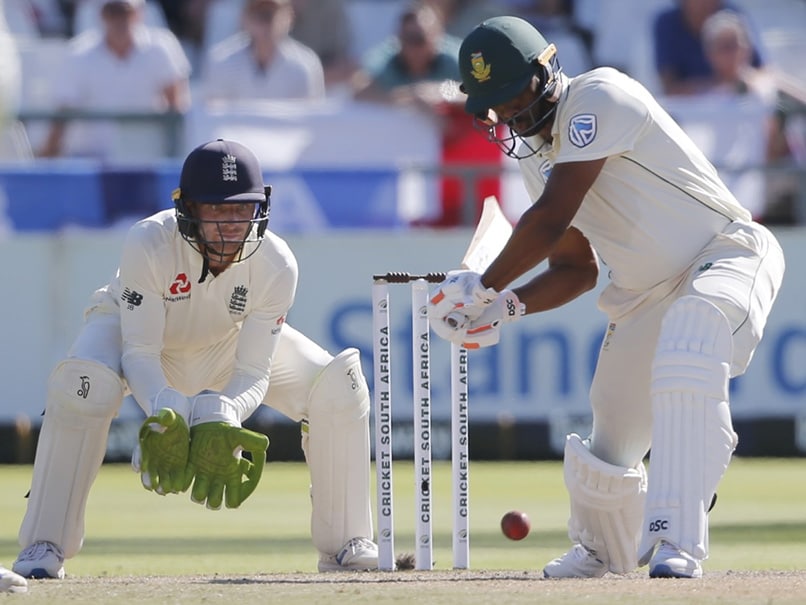 Jos Buttler was heard on the stump mic using an obscenity towards Vernon Philander.© AFP

England wicket-keeper Jos Buttler was fined 15 percent of his match fee Thursday by the International Cricket Council (ICC) for swearing at South Africa's Vernon Philander during the second Test at Newlands. Buttler was heard on the stump mic using an obscenity towards South African all-rounder Philander while keeping wicket on a tense final day in Cape Town. The 29-year-old will also pick up one demerit point for breaching the ICC's disciplinary code, his first such offence. Players can be suspended if they accumulate four demerit points over a two-year period.

"Buttler was found to have breached Article 2.3 of the ICC Code of Conduct for Players and Player Support Personnel, which relates to 'use of an audible obscenity during an international match' following an incident with South Africa all-rounder Vernon Philander," read an ICC statement.

"Buttler admitted the offence and accepted the sanction proposed by Andy Pycroft of the Emirates Elite Panel of ICC Match Referees and, as such, there was no need for a formal hearing."

England won the match by 189 runs on a thrilling fifth day to level the four-match series at 1-1.

The third Test begins on January 16 at Port Elizabeth.

Vernon Philander Newlands, Cape Town
Get the latest updates on ICC T20 Worldcup 2022, check out the Schedule and Live Score. Like us on Facebook or follow us on Twitter for more sports updates. You can also download the NDTV Cricket app for Android or iOS.