Shehan Madushanka, 25, who took a hat-trick on his international debut in 2018, was remanded in custody for two weeks by a magistrate. 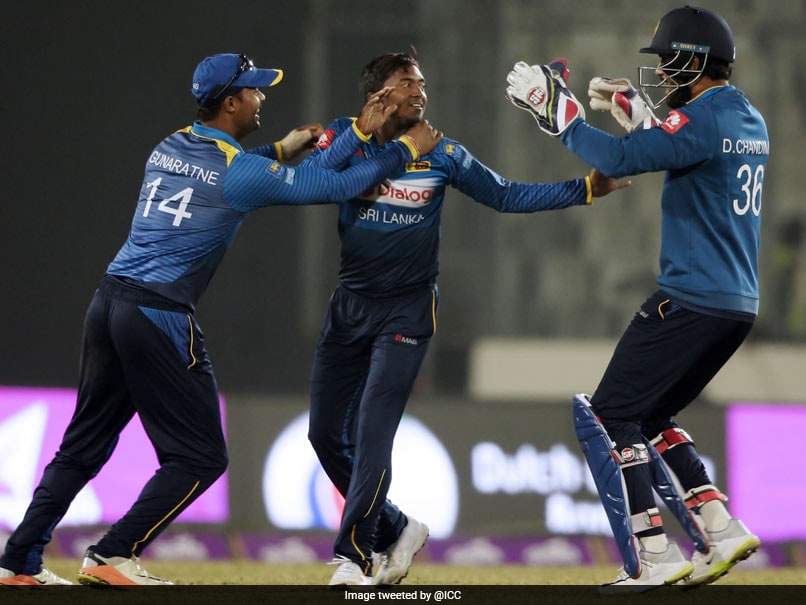 Shehan Madushanka took a hat-trick against Bangladesh on his ODI debut in January 2018.© Twitter

Sri Lankan police have detained international cricketer Shehan Madushanka on a charge of possessing heroin, officials said Monday. Madushanka, 25, who took a hat-trick of wickets on his international debut in 2018, was remanded in custody for two weeks by a magistrate. He was carrying just over two grams of heroin when detained in the town of Pannala on Sunday, a police official said.

Madushanka was stopped while driving with another person in a car during a nationwide coronavirus curfew, police said.

Sri Lanka is due to relax its curfew from Tuesday, but police have arrested nearly 65,000 people for breaking the restrictions imposed on March 20.

Sri Lanka Cricket Team Shehan Madushanka Cricket
Get the latest updates on ICC T20 Worldcup 2022 and CWG 2022 check out the Schedule, Live Score and Medals Tally. Like us on Facebook or follow us on Twitter for more sports updates. You can also download the NDTV Cricket app for Android or iOS.