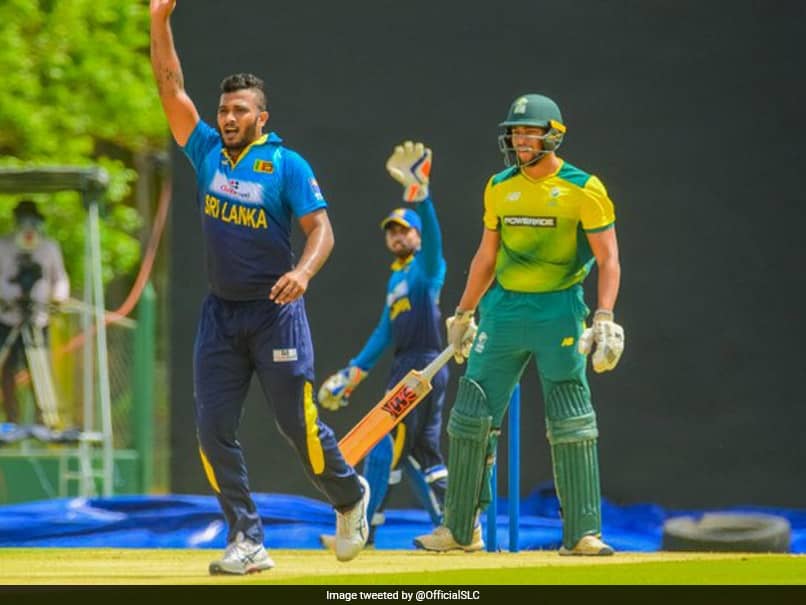 Shehan Madushanka was arrested allegedly in possession of heroin.© Twitter

Sri Lanka's cricket board Tuesday suspended pace bowler Shehan Madushanka from all forms of the game, two days after he was arrested allegedly in possession of heroin. The right-arm bowler was stopped while driving with another person in a car on Sunday and found to have two grams of the drug, police said.

"We have suspended him with immediate effect and he also cannot take part in any form of the game," de Silva said.

Sri Lanka Cricket Team Shehan Madushanka Cricket
Get the latest updates on India vs Australia Series, check out the India vs Australia Schedule for 2020-21 and Ind vs Aus live score . Like us on Facebook or follow us on Twitter for more sports updates. You can also download the NDTV Cricket app for Android or iOS.