Shehan Madushanka's arrest was the first time a contracted player was remanded over a drug charge. 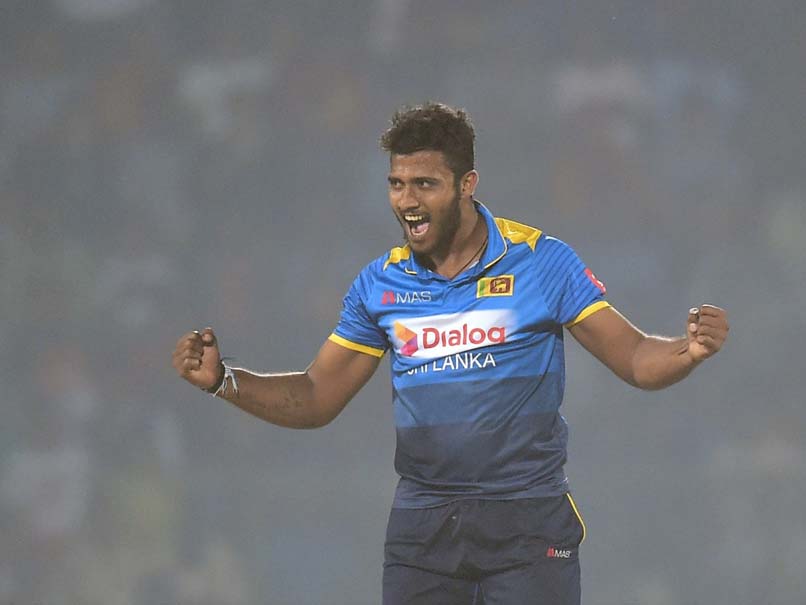 Shehan Madushanka and his friend were arrested on May 23 for possessing heroin.© AFP

Sri Lanka Cricket (SLC) is planning to suspend the contract of medium-pacer Shehan Madushanka after he was arrested for possessing heroin. SLC CEO Ashley de Silva said, "We have not been officially informed on this yet. He is a contracted player. We will take action to suspend his contract if he carries a drug charge." Madushanka's arrest was the first time a contracted player was remanded over a drug charge. The cricketer and his friend were arrested on May 23 for possessing heroin. The magistrate at Kuliyapitiya in the north-western province ordered him to be remanded till June 2.

The 25-year-old broke into the international scene in early 2018 with an ODI hat-trick on debut against Bangladesh, making the fourth player in one-day history to achieve the feat.

His international appearances have been limited to his debut ODI and two T20 internationals, also against Bangladesh.

Sri Lanka Cricket Team Cricket Shehan Madushanka
Get the latest updates on Olympics 2020, Olympics 2020 Medal Tally, Live Cricket Score . Like us on Facebook or follow us on Twitter for more sports updates. You can also download the NDTV Cricket app for Android or iOS.