Faf du Plessis said on Tuesday that a chance meeting with Liverpool manager Jurgen Klopp had turned him into a fan. 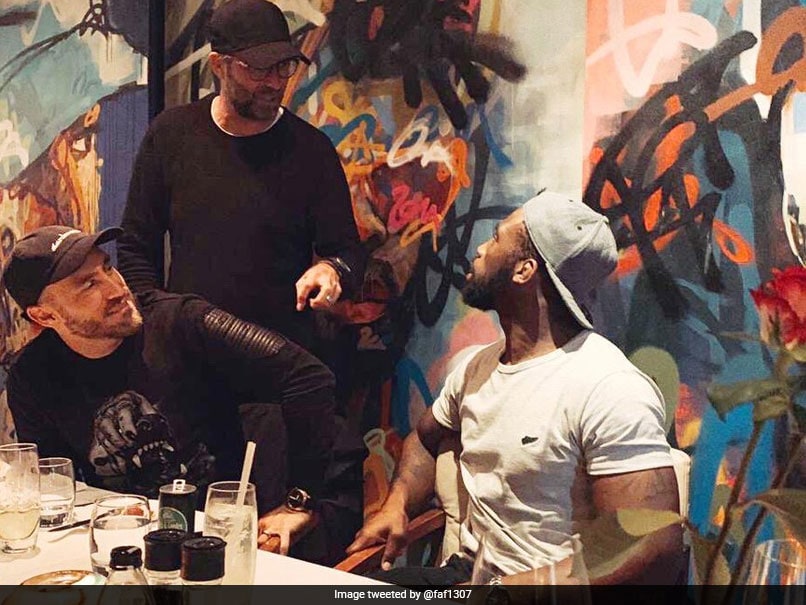 South African cricket captain Faf du Plessis said on Tuesday that a chance meeting with Liverpool manager Jurgen Klopp had turned him into a fan. Du Plessis was having dinner with Springbok rugby captain Siya Kolisi in a Cape Town restaurant in November when Klopp, on a private visit to South Africa, walked in. Kolisi has been a long-time Liverpool fan and Du Plessis posted a picture on both Instagram and Twitter showing the two captains and Klopp, commenting that Kolisi had a "man-crush moment".

Klopp recognised Kolisi after watching the Springboks win the Rugby World Cup final in Japan some 10 days earlier and came across to congratulate him.

"Did he recognise you?" asked a journalist at Du Plessis' press conference ahead of the first Test against England, starting on Thursday. "No," admitted the cricket captain to laughter. "But he said he watches cricket. The Liverpool guys watched the Cricket World Cup and saw how well England did."

Du Plessis said he had never become a close follower of football but said meeting Klopp had changed that. "For someone to be that famous, he is a great guy and that's what I believe real leadership is about. It's about connecting with people, having great relationships with people, so I became a massive fan."

Faf du Plessis Cricket
Get the latest updates on India vs Australia and check out  Schedule, Results and Live Score. Like us on Facebook or follow us on Twitter for more sports updates. You can also download the NDTV Cricket app for Android or iOS.