Thabang Moroe attempted to return to work on Thursday, saying that a six-month suspension on full pay had expired. 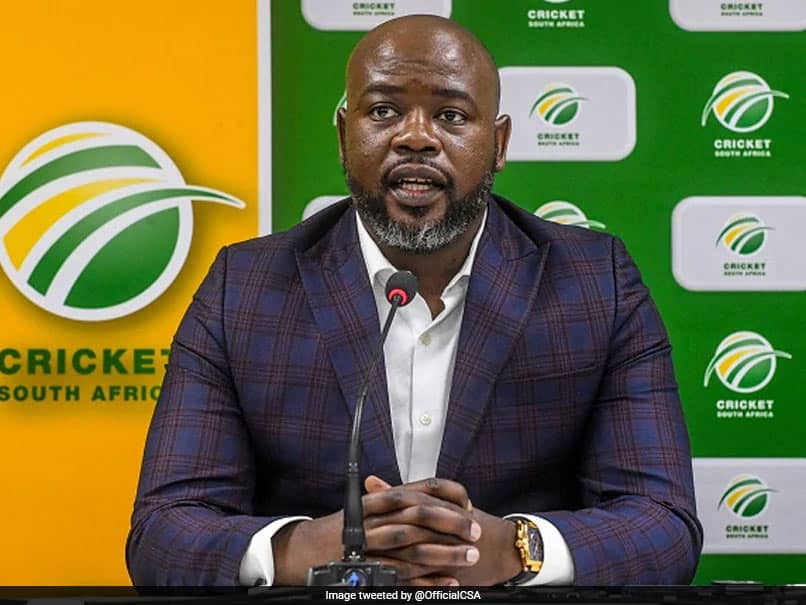 Thabang Moroe remains on full pay, with a salary reported to be in excess of $20,000 a month.© Twitter

The power struggle at the top of South African cricket escalated as Thabang Moroe said he was back in charge, but his board responded Friday by saying the chief executive was still suspended. Moroe attempted to return to work on Thursday, saying that a six-month suspension on full pay had expired. He was initially thwarted because the offices of Cricket South Africa (CSA) were in lockdown because of COVID-19, with staff working from home.

CSA responded with a statement in the early hours of Friday saying the suspension remained in force until the completion of a forensic investigation into allegations of misconduct. It promised that more "clarity and certainty will be provided by the end of June".

While Moroe has been suspended, major changes have taken place in the CSA administration under acting chief executive Jacques Faul, with former Test captain Graeme Smith appointed as director of cricket and former Test wicketkeeper Mark Boucher as head coach, under an arrangement that largely sidelines the board.

CSA has faced heavy criticism with sponsors and former administrators calling for the resignation of the board or, alternatively, for president Chris Nenzani and vice-president Beresford Williams to step aside.

Nenzani was granted an extra year at the helm last September despite having served the maximum two three-year terms permitted by the CSA constitution. The extension was ostensible to oversee a radical change in administration in which Moroe as chief executive was given wide-ranging powers, notably in the running of the national team.

Under Moroe, there was a breakdown in relations with the SA Cricketers' Association, which represents the country's professional players.

Moroe was suspended shortly after withdrawing the accreditation of five journalists in December, provoking a storm which led to four members of the board resigning and a major sponsor announcing that it would not renew its backing of CSA.

The misconduct charges against Moroe were not spelt out but the chairman of the finance committee, one of the board members who resigned, alleged there had been widespread credit card abuse.

Faul was appointed in an acting capacity and almost immediately changed the national team set-up planned by Moroe.

Faul has succeeded in repairing relations with the cricketers' association, which on Monday criticised the board for not finalising the Moroe issue, claiming there appeared to be "a lack of will at board level to deal with this issue".