Rassie Van der Dussen, 29, playing in his second one-day international, made an unbeaten 80. 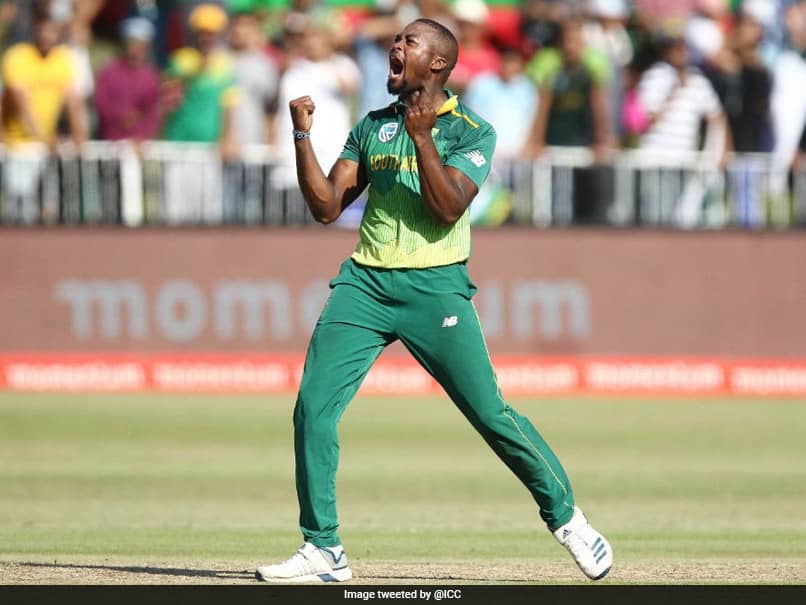 Hendrick 'Rassie' van der Dussen and Andile Phehlukwayo guided South Africa to a series-levelling win in a roller-coaster second one-day international against Pakistan at Kingsmead on Tuesday. The pair came together when South Africa were 80 for five in reply to Pakistan's 203. They put on an unbeaten 127 as South Africa won by five wickets with eight overs to spare. Van der Dussen, 29, playing in his second one-day international, made an unbeaten 80 after scoring 93 on debut in South Africa's five-wicket defeat in the first match in Port Elizabeth.

"What you look for in new players is composure and calmness at the crease. We're looking for big-match players. He's smashing that door down for a permanent position in our strongest XI," said South African captain Faf du Plessis.

Phehlukwayo was named man-of-the-match after two career-best performances. He took four for 22 in Pakistan's innings and then scored 69 not out to share Du Plessis's praise for what he said was an outstanding partnership.

The match went through several phases. An early finish seemed likely when Pakistan crashed to 112 for eight after being sent in to bat. But Hasan Ali, batting at number ten, hit a career-best 59 off 45 balls and helped captain Sarfraz Ahmed (41) put on 90 for the ninth wicket to enable Pakistan to reach 203.

Left-arm fast bowler Shaheen Shah Afridi took wickets in each of his first three overs to reduce South Africa to 29 for three.

Van der Dussen and David Miller (31) put on 51 for the fourth wicket but leg-spinner Shadab Khan struck with his second and third deliveries to swing the odds back towards Pakistan.

Phehlukwayo seemed unable to read Shadab's deliveries and a key moment came with his score on seven when he was given out leg before wicket to Shadab. He asked for a review which showed the ball was spinning past his leg stump.

"There were too many soft wickets," Sarfraz said of Pakistan's top-order batting. "Hasan Ali batted very well. We had a chance at 80 for five. We needed one more wicket."

Kagiso Rabada started Pakistan's slide when he dismissed Imam-ul-Haq and Babar Azam, both caught off mistimed pull shots against short deliveries on a pitch which was slow but with steep bounce when the ball was new.

Pakistan Cricket Team Andile Phehlukwayo Cricket
Get the latest updates on India vs Australia Series, check out the India vs Australia Schedule for 2020-21 and Ind vs Aus live score . Like us on Facebook or follow us on Twitter for more sports updates. You can also download the NDTV Cricket app for Android or iOS.