Sarfraz Ahmed barely lasted five minutes and got out for a duck on the first day of the Centurion Test. 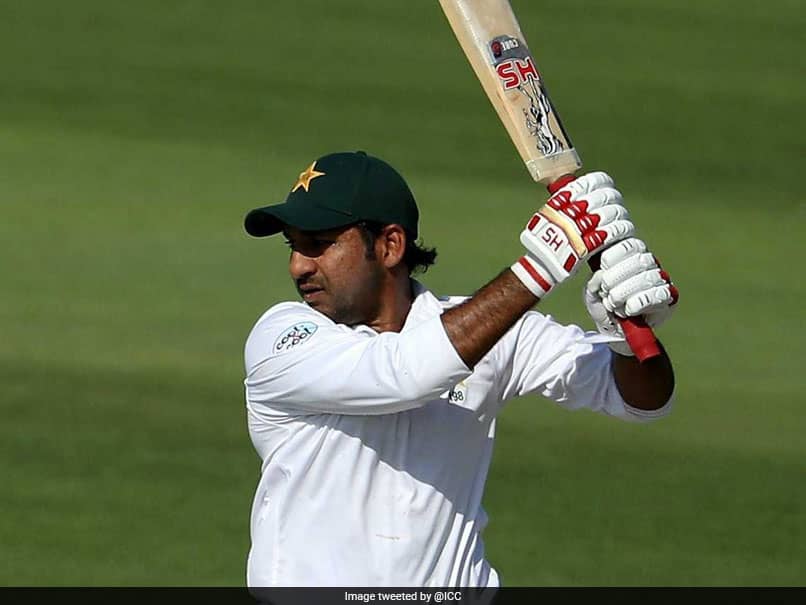 Pakistan captain Sarfraz Ahmed's awful time in Test matches continues. In the first Test versus South Africa in Centurion, Sarfraz Ahmed was dismissed for a duck as he lasted only five minutes and faced only four deliveries. Sarfraz was clean bowled by fast bowler Duanne Oliver, who is barely six Test matches old. The Pakistan batsmen who were among the runs were Babar Azam (71) and Azhar Ali (36), and the rest of them in the batting order fared miserably. Here's how people on Twitter are busy trolling Sarfraz for not leading the Pakistani team by example.

Walking wicket #sarfrazAhmed
Truck load of verbal shitting when he's behind the stumps , infront of stumps he's himself that truck load !#PAKvSA

All sarfraz ahmed can do is block the ball and get out on a duck and say Aja! Aja!

Sarfraz Ahmed as usual leading from the front.

Sarfraz Ahmed is utterly useless. Disgrace of a batsman #SAvPAK

Pakistan's batting in tests outside Asia revolves around only two players - shafiq and Azhar Ali , if both fails , they would get all out under 200. Legend sarfraz Ahmed is just a player of words than action #SAvPAK

Is it only Baber's responsibility to bat? Sarfaraz has to seriously enchance his performance. I hope this one will be the last series for Imam.#PAKvSA

Earlier on Wednesday, Olivier claimed a maiden Test five-wicket haul as Pakistan were bowled out for 181 on the first day of the first Test against South Africa at SuperSport Park. Olivier, effectively South Africa's fifth-choice fast bowler, took six for 37 to steal the limelight on a day when Dale Steyn became South Africa's leading all-time wicket-taker.

Steyn picked the wicket of Fakhar Zaman and claim the South African record but had no further success. He was punished for 40 runs in four overs in his third spell of the day as Azam went on the attack while batting with the tail. Azam hit ten of his 15 fours off Steyn, who finished with one for 66.

Olivier, who gained his sixth Test cap following injuries to Vernon Philander and Lungi Ngidi, was consistently hostile, especially in a seven-over spell after lunch when he ripped through Pakistan's middle order, taking three for 17.

Steyn claimed his 422nd Test wicket, going past previous record-holder Shaun Pollock, when Fakhar Zaman edged him to third slip for 12, sparking exuberant celebrations from his team-mates. Kagiso Rabada lifted his new-ball partner onto his shoulders as other players rushed in to congratulate him.