Hardik Pandya and KL Rahul were suspended by the BCCI and ousted from the ongoing three-match ODI series against Australia. 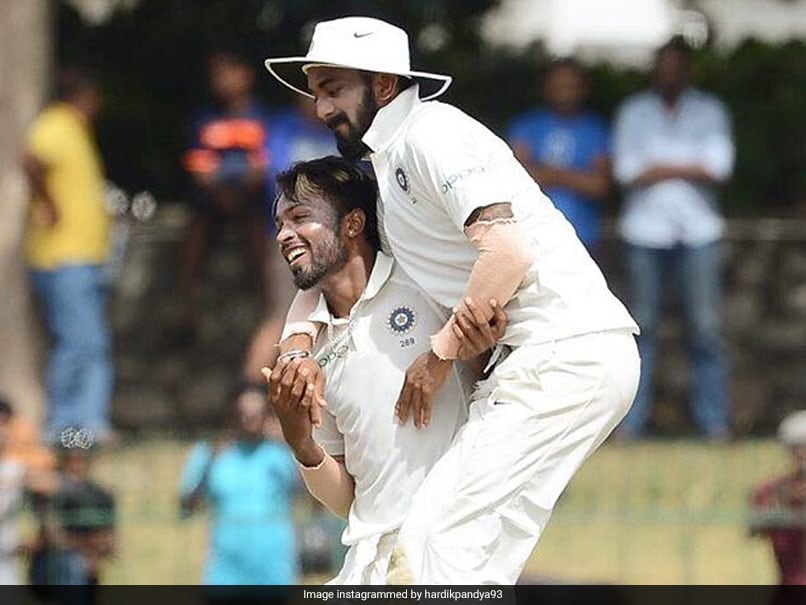 Hardik Pandya and KL Rahul might not fetch much support from the cricket fraternity for their indecent comments on a TV show, but former Indian skipper Sourav Ganguly has backed the duo and said "people make mistakes." Ganguly further stressed on his point by saying, "we are all human beings and it is not necessary that everything we do comes out perfectly". The 46-year-old Ganguly also said they should move on from here and make sure they don't repeat such a mistake again.

"I haven't watched that episode. I watch 'Comedy Nights with Kapil'. Jokes apart, I feel that you can't generalise that only modern day cricketers should behave responsibly. People make mistakes. Let's not get too far into that," Ganguly said.

"I am sure whoever has done it will realise that and come out as a better person. We are all human beings. We are not machines that everything you put in comes out perfect. You have just got to live life and let others live. They are responsible people. They may be role models but they are under pressure all the time to perform," he added.

"Certain things happen in life and as everyone, we should move on and make sure that it doesn't happen again."

Ganguly also said that modern day cricketers are responsible and Virat Kohli is a fantastic role model for the same.

"I feel modern day cricketers are also responsible, disciplined and obedient. In life, certain things happen and you make some mistakes so, let's not get too far into that. Look at Virat Kohli, he is such a fantastic role model. India is a fortunate country. Every generation produces players who all of us cherish," Ganguly said.