Simi Singh had edged the delivery of Blair Tickner into the hands of wicketkeeper Tom Latham but he was lucky enough to survive as umpire called it a dead ball. 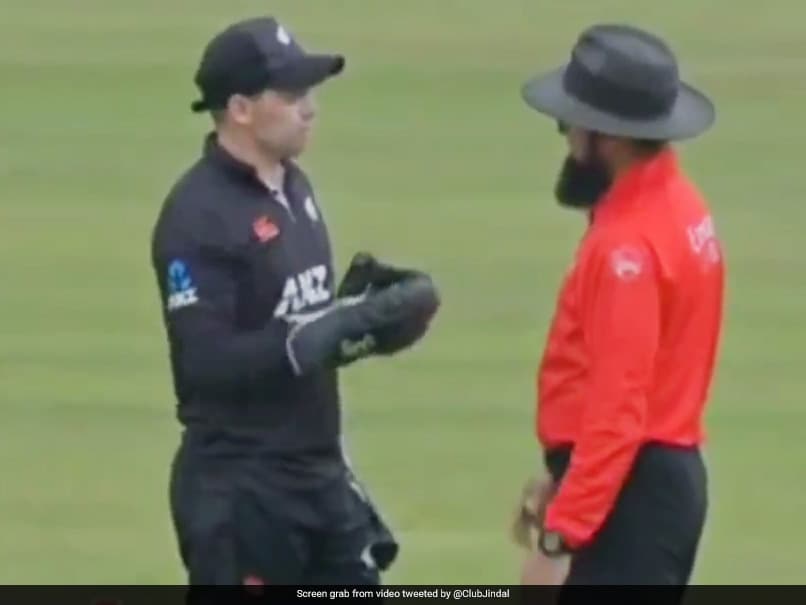 New Zealand defeated Ireland by three wickets in the second ODI of the three-match series on Tuesday. During the game, a bizarre incident caught everyone's attention as umpire Paul Reynolds was forced to reverse his decision after ruling a batter out. New Zealand seamer Blair Tickner trapped Ireland all-rounder Simi Singh outside off stump. It was a short ball from Tickner that found the edge of Singh's willow and went directly into the hands of wicketkeeper Tom Latham. Umpire Reynolds raised his finger but the decision was changed later on as Tickner had dropped his towel during his run-up to deliver the ball.

Why Was Simi Singh Given Not Out?

The eventual call to overturn the decision was well under the cricket laws. According to law '20.4.2.6', a umpire can call or signal a dead ball if "the striker is distracted by any noise or movement or in any other way while preparing to receive, or receiving a delivery. This shall apply whether the source of the distraction is within the match or outside it."

Talking about the game, New Zealand won the match by three wickets to gain an unassailable 2-0 lead in the three-match series. Batting first Ireland posted 216 runs on the board before being bundled out. George Dockrell was the top-scorer for the side with his 74-run knock of 61 balls. In reply, New Zealand reached home with 71 balls to spare, thanks to Finn Allen's 60 and Tom Latham's 55.

New Zealand Cricket Team Blair Tickner Simi Singh Ireland vs New Zealand, 2nd ODI
Get the latest updates on Fifa Worldcup 2022 and check out  Fifa World Cup Schedule, Stats and Live Cricket Score. Like us on Facebook or follow us on Twitter for more sports updates. You can also download the NDTV Cricket app for Android or iOS.