Shubman Gill Reveals The Basic Mantra Given By Rahul Dravid

Shubman Gill was the star performer for India A on their recently concluded West Indies A tour in both one-day and red ball cricket. 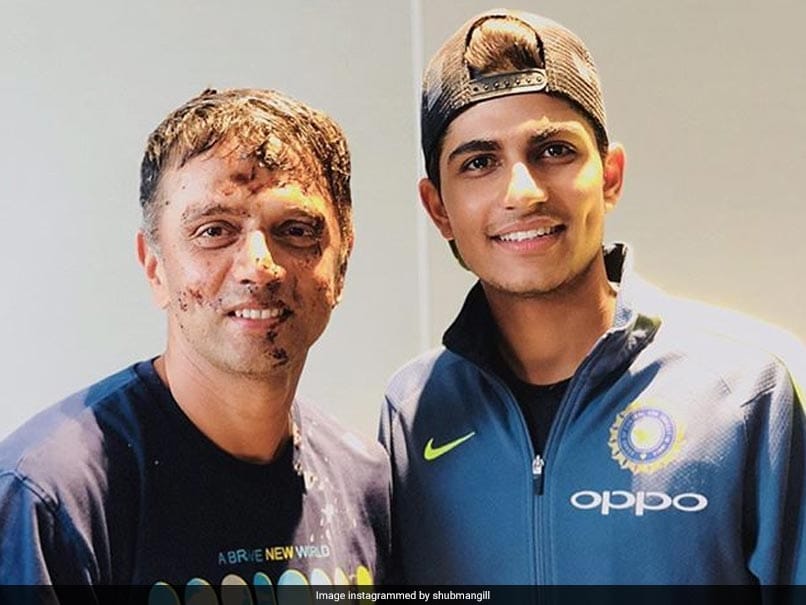 Rahul Dravid has been guiding Shubman Gill since his India U-19 days.© Instagram

Shubman Gill, one of the most promising young talents in the country, revealed that the basic mantra given by coach Rahul Dravid, to never stray away from his "basic game" which has got him this far in his career. The former India skipper Dravid has been guiding Gill since his India U-19 days. Punjab batsman Gill was the best performer for India A on their recently concluded West Indies A tour. Gill, just two weeks shy of his 20th birthday, became the youngest Indian to score a first-class double-hundred earlier this month. Gill also top-scored for India A in the unofficial one-day series against the same opposition, accumulating 218 runs, including three half-centuries.

Describing Dravid's influence on his game, Shubman Gill said, "Rahul sir has been my coach since the India U-19 days and then India A. There is one basic advice from him which I always keep in mind. He would tell me that come what may, never change your basic game that got you success."

Gill rated his double hundred against the West Indies A as one of his best knocks in the red-ball format.

"I would certainly rate my double hundred against the West Indies A as one of my best knocks in red ball (cricket) considering the opposition, surface and match situation," Gill said.

But what happens if the natural game doesn't deliver the desired results sometime?

"He (Dravid) said that if we want to get technically more solid, all the adjustments that we make should be within the confines of our basic game," elaborated the right-hander, who won the BCCI's Best Junior Cricketer award for consecutive years in 2013-14 and 2014-15.

"Rahul sir told me that if I change my game, it won't be natural anymore and may not provide success. His focus has always been on the mental make-up while we face the challenge posed by the best," the Punjab lad said.

His net practice involves a lot of match-simulation both in red and white ball situations.

"While I love stepping out to spinners as that's my game, I have a back and across trigger when I am facing the quick bowlers. With the South Africa A series coming up, I am focusing a lot on leaving deliveries," he revealed.

Reflecting on the recent A tour of the West Indies, Gill said the thought of saving matches hardly ever crosses his mind as he likes to focus on putting the team in a winning position.

"Actually, even when we lost quick wickets, it didn't strike me or my partner (Hanuma Vihari) that we need to save the match. All we were thinking was how to change the course," said the player, who enjoys a staggering average of 78-plus and 1339 runs in just 12 first-class games.