Shikhar Dhawan and Aesha had tied the knot with Aesha in 2012. 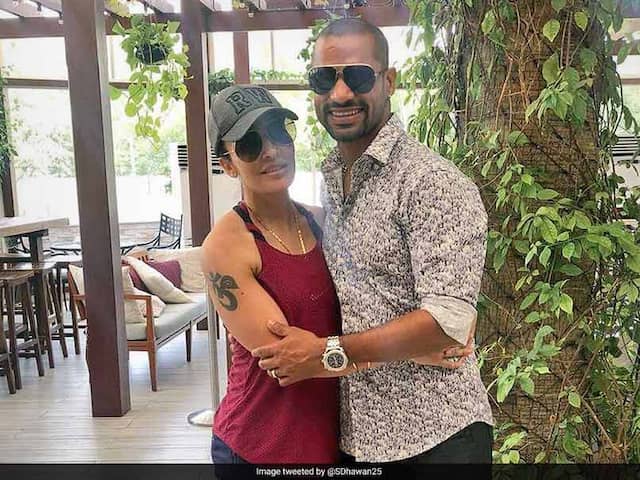 Aesha Dhawan, wife of Team India batsman Shikhar Dhawan, revealed where and how she met her husband during an episode of the TV programme Miss Field. Shikhar Dhawan had tied the knot with Aesha in 2012. Since then, she has been spotted several times supporting her husband and the Indian cricket team from the stands. Aesha Dhawan in her interview with anchor Shibani Dandekar during the programme, said she had met Shikhar "Thanks to Facebook!"

"I was friends with some of the older cricket players, because I always loved cricket and sports and everything, and then he had seen a photo of me in a boxing ring and he tried to add me," Aesha added.

Melbourne-based Aesha Dhawan was an amateur boxer. She also said that she started speaking to Dhawan for the first time on Facebook.

"Straight away, 5 minutes into accepting him. He was like chatting with me and I was like wow," Aesha said.

Shikhar Dhawan is currently on national duty in the Asia Cup 2018. The opener has enjoyed a purple patch in the series so far, scoring 114, 40, 46 and 127 runs in his previous innings.

Dhawan had made his Test debut against Australia in Mohali on March 14. Since then he has figured in 34 Test matches for India.