Shikhar Dhawan shared a screengrab of his video call with son Zoraver on Instagram Stories and fans cannot stop gushing about it. 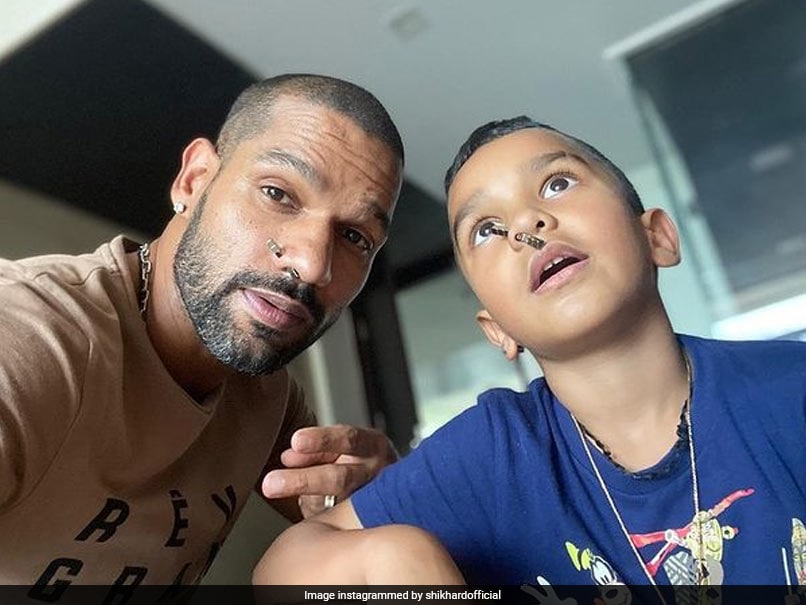 India batsman Shikhar Dhawan is set to return to field duties next month during the team's limited-overs tour of Sri Lanka. However, away from the field, Dhawan is enjoying some quality time with his son Zoraver virtually. The Delhi Capitals (DC) cricketer shared a screengrab from their latest video call in his Instagram Stories. "Zora's getting stronger than his papa. Love it," Dhawan captioned the post. In the snap, both Dhawan and Zoravar are shirtless as they boast about their abs to each other.

Dhawan is currently in Mumbai, where he will undergo strict quarantine for 14 days from June 14 to June 28, before travelling to the island nation for a six-match tour. India's Sri Lanka tour is also special to Dhawan as he is set to lead men in blue for the first time in his career.

On Monday, the 35-year-old also posted a picture with his deputy Bhuvneshwar Kumar from their flight as they departed for Mumbai.

Both Dhawan and Bhuvneshwar were last seen in action during the first leg of IPL 2020 before it was halted on May 4. The second phase of the tournament will be held in the United Arab Emirates in September-October.

Dhawan was in terrific form during IPL. He amassed 380 runs in eight games for Delhi Capitals at an impressive average of 54.28. Dhawan was also leading IPL's batting chart.

On the other hand, Bhuvi had a mediocre season. He played five out of Sunrisers Hyderabad's opening seven games and picked just three wickets.

Shikhar Dhawan Cricket
Get the latest updates on ICC T20 Worldcup 2022 and CWG 2022 check out the Schedule, Live Score and Medals Tally. Like us on Facebook or follow us on Twitter for more sports updates. You can also download the NDTV Cricket app for Android or iOS.