Cameron Bancroft returned to competitive cricket after a nine-month ban for ball tampering. 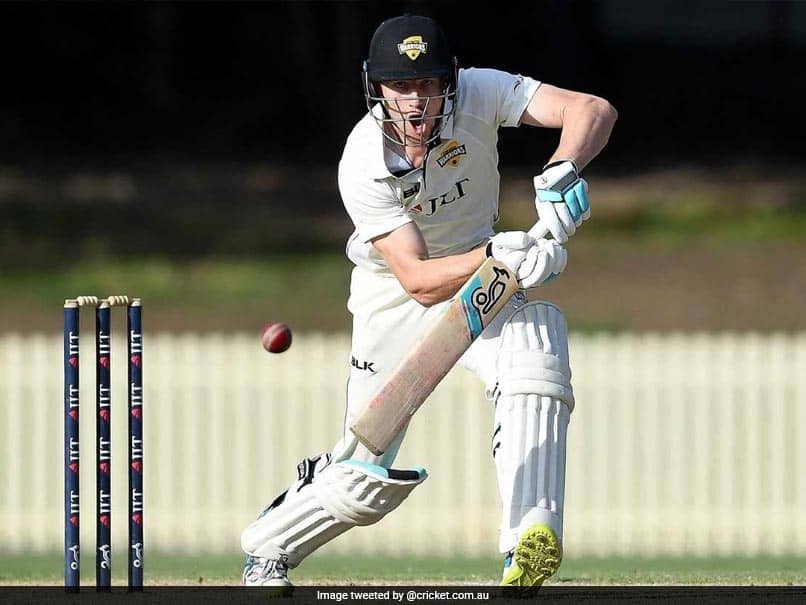 Cameron Bancroft made an impactful return to red ball cricket as he notched up the scores of an unbeaten 138 and 86 for Western Australia against New South Wales in the Sheffield Shield in Sydney. However, the opener's knocks after serving a nine-month ban for the infamous ball-tampering scandal went in-vain as his team lost by an innings and 51 runs. Bancroft displayed endurance during the match to play 621 balls which saw him fall just short of breaking Australian great Steve Waugh's record.

According to Cricket Australia, Bancroft fell just 28 balls short of breaking Waugh's Shield record for the most deliveries faced in a game. The former Test captain's mark of 649 set in 1996 against Queensland still the most in the Shield's history.

The 26-year-old had played 358 balls in the first innings which was followed by 263-ball knock in the second. He had spent more than 13 hours at the crease across the two innings, batting for 788 minutes in the match.

With the Ashes series against England looming this year, it was a timely knock with Australia struggling over the summer to find a consistent Test opener.

They tried Aaron Finch, Marcus Harris, and Joe Burns to varying degrees of success ahead of the return of regular opener David Warner and former Test skipper Steve Smith.

The pair are eligible to play again in late March after their one-year bans for the same ball-tampering incident expire.

The right-handed Bancroft has an experience of playing eight Tests and one Twenty20 Internationals (T20I) for the national team. He has played 77 first-class matches and scored 5,134 with a decent average of 39.79.

Australia Cricket Team Cameron Bancroft Steve Waugh Cricket
Get the latest updates on IPL 2021, IPL Points Table , IPL Schedule 2021 , live score . Like us on Facebook or follow us on Twitter for more sports updates. You can also download the NDTV Cricket app for Android or iOS.