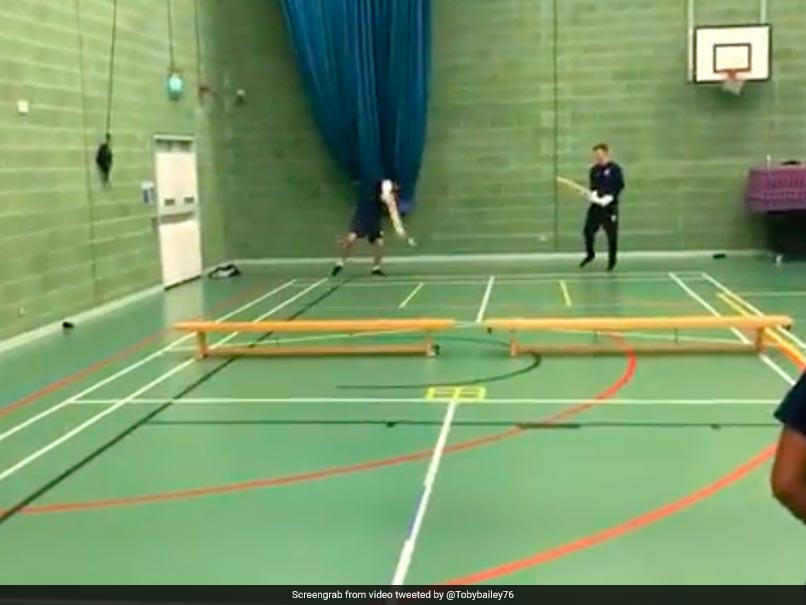 Toby Bailey, National Performance Coach and National Selector for Cricket Scotland, took to Twitter to share a unique training video between players of Scotland A team, Edinburgh Napier University and Scotland U19. In the video, the cricketers can be seen rallying in a modified version of badminton. Instead of a badminton racquet and shuttlecock, the players are seen rallying with a cricket bat and tennis ball, with two low benches playing the role of a net. Posting the video on Twitter, Bailey also captioned it as, "Rally of the week from @CricketScotland A-Team and @EdinburghNapier Performance Academy players @LiamNay85875803 @Jamie_Cairns151 @FinMcCreath #footmovement #batfacecontrol #batminton #access".

In the comments section, Bailey also branded the training game as "Batminton". He also explained the rules of the game, saying that it's played on a badminton court and is played in a tennis-game format.

"The rules of #Batminton as stated by @CricketScotland @EdinburghNapier  Performance Academy & A Team players! The game is played on a badminton  court with cricket bats . The match is best of 5 games in a tennis  game format for more pressure points. #batminton", he wrote.

"#batminton the point starts with a bounce and hit into the opponent's service box. The server only gets one serve - no 2nd serve - more emphasis on bat face control not whacking it to get a point! From then on the ball has to bounce once each side of the net. #batminton".

"#batminton the game usually takes 10-15 mins depending on how good the players are. Great warm up and brilliant for foot movement, bat face control and accessing the ball to play against spin. #batminton", he needed.

The video was well-received by fans with many praising the ingenuity of its concept.

Scotland Cricket
Get the latest updates on ICC T20 Worldcup 2022, check out the Schedule and Live Score. Like us on Facebook or follow us on Twitter for more sports updates. You can also download the NDTV Cricket app for Android or iOS.