"Exercised All My Authority": N Srinivasan Claims He Saved MS Dhoni's Captaincy In 2012

Former BCCI president N. Srinivasan claims that he used his authority to quell a move to remove MS Dhoni as skipper in 2012. 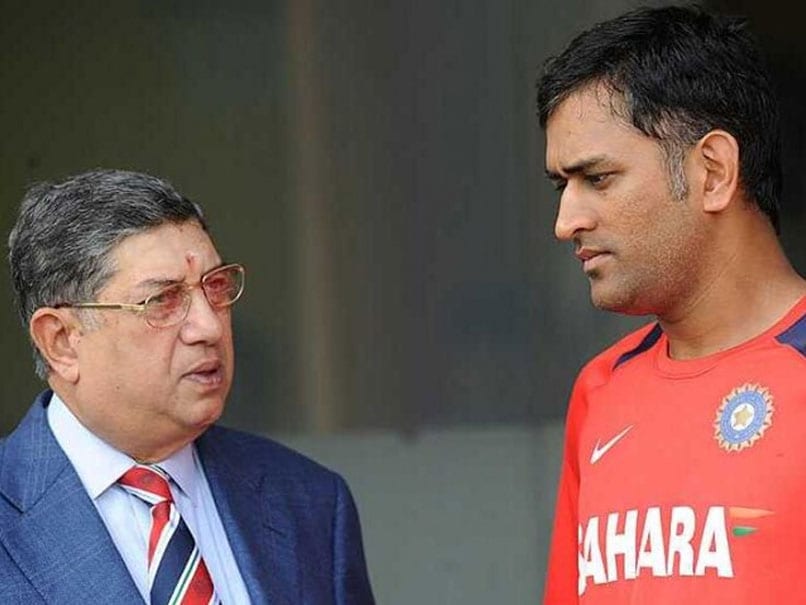 Former Board of Control for Cricket in India (BCCI) president N. Srinivasan has claimed he exercised “all my authority” as board president to veto the selection committee's unanimous decision to remove MS Dhoni as captain for the tri-nation One-day International (ODI) series in Australia in 2012, after the Indian team had lost the preceding Test series 4-0. The loss in Australia followed a similar 4-0 drubbing in England in 2011. “This was 2011. India had won the World Cup. And (then) in Australia, we didn't do well in the Tests. So, one of the selectors wanted to remove him (Dhoni) as the ODI captain. The point is, how do you remove him as the ODI captain?” Srinivasan told Indian Express.

“He had won the World Cup (just a few months ago). They (selectors) had not even thought of who would be his replacement. There was a discussion and then (before the formal meeting) I said there was no way in which he would not be a player.

“In fact, it was a holiday. I was playing golf. I came back. Sanjay Jagdale was the (BCCI) secretary at that time and he said, ‘Sir, they (selectors) are refusing to choose the captain. They will take him (Dhoni) in the team'. I came and said MS Dhoni (would be the captain). I exercised all my authority as the (BCCI) president.”

The old BCCI constitution mandated that team selections be approved by the board president. The new constitution, however, vests this power in the hands of the chief selector.

The series losses in England and Australia had offset India's 2011 World Cup victory, also achieved in Dhoni's captaincy, but Srinivasan says he didn't see any merit in sacking Dhoni as ODI captain based on results in Tests.

“See, there was apparently some prejudice somewhere, which reflected. He (Dhoni) has won the World Cup for you. After 1983, India won it again and you say, ‘I don't want him to be the ODI captain'!” Srinivasan said.

“Left to them (selectors), they might have (dropped him as a player). I don't know. I think that was the most unfair (move) and I am glad that I stood my ground.”

Dhoni announced his retirement from international cricket on Saturday, 15 August but will play the IPL this year for Chennai Super Kings.