S Sreesanth is just the second Keralite to represent the country and in his brief career, he has played 27 Tests, scalping 87 wickets. 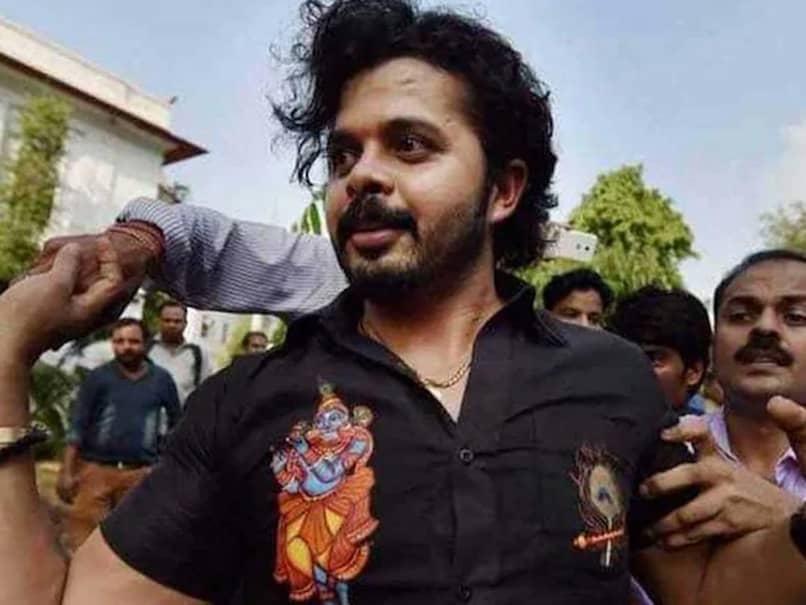 After his life ban was reduced to seven years, S Sreesanth has set his sights on making a comeback into the Indian team and end his international career on a high. The 36-year-old is hopeful of making a comeback into the Indian Test team and finish his career with 100 wickets. The Board of Control for Cricket in India (BCCI) Ombudsman Justice (retd) DK Jain on Tuesday reduced Sreesanth's life ban, imposed for his alleged involvement in the spot-fixing, to seven years saying that "his prime years as a Cricketer, particularly as a fast bowler may already be over".

Delighted with the news, Sreesanth thanked all his fans, well-wishers and every one else who prayed for him.

"I am extremely delighted with what I have heard now. Thanks to each one of my well-wishers who prayed for me and the prayers have been answered. I am 36 now and next year I will be 37," Sreesanth told the media.

Sreesanth who has 87 Test wickets to his name needs 13 more wickets to take his tally to three-figure mark. While exuding confidence in his aim, the Kerala bowler also said that he always wanted to play under current captain Virat Kohli.

"I have 87 Test wickets and my aim is I want to finish my career with 100 Test wickets. I am confident that I can return to the Indian Test team and always wanted to play under Virat Kohli," Sreesanth added.

Sreesanth also threw light on the process which he will follow to fulfill his aim. Sreesanth said making a comeback at this age will be possible by following a "proper roadmap".

"I have a proper roadmap now. I will follow that and not disappoint any of my fans or people who supported me. I will make sure I train really hard and make a comeback not just for Kerala cricket team but in the list of cricketers who play for the country," Sreesanth was quite as saying by news agency ANI.

The Supreme Court had asked the BCCI Ombudsman Justice (retd) DK Jain to decide on the quantum of punishment for the cricketer for his alleged involvement in the spot-fixing scandal that rocked the 2013 edition of the Indian Premier League (IPL).

Acting on the apex court's directives, Jain decided that his ban will end on September 12, 2020 -- seven years as compared to the original life ban.

Sreesanth is only the second Keralite to represent the country and in his brief career, he has played 27 Tests, scalping 87 wickets.

(With IANS and ANI inputs)

India Cricket Team BCCI Cricket
Get the latest updates on IPL 2021, IPL Points Table , IPL Schedule 2021 , live score . Like us on Facebook or follow us on Twitter for more sports updates. You can also download the NDTV Cricket app for Android or iOS.