Rohit Sharma is one of the most prolific cricketers on social media when it comes to posting pictures about his daughter Samaira and also for other social causes. 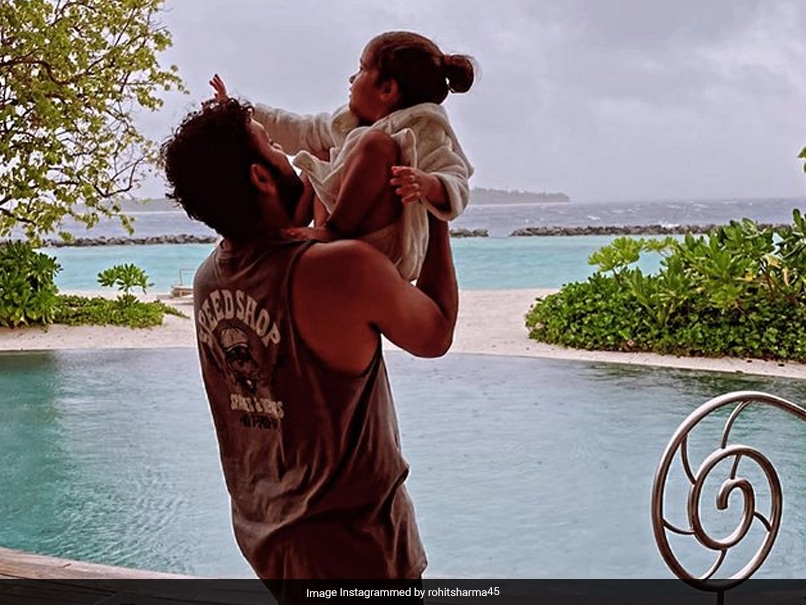 Rohit Sharma shared a picture with her daughter Samaira on Instagram.© Instagram/Rohit Sharma

India opener and Mumbai Indians (MI) captain Rohit Sharma posted an adorable picture with daughter Samaira on his official social handle on Thursday. The photograph has father Rohit holding Samaira in her hands while her legs rested on Rohit's shoulders. Rohit shared the picture on Instagram and captioned it, "Proud girl dad." The Indian opener, who was also part of the Indian Premier League (IPL) 2021, was named in the Indian cricket team that will tour England for six Test matches scheduled to start from June 18.

The MI skipper helped team secure four wins out of their seven IPL 2021 games that were completed before the tournament was postponed.

Due to several positive cases among the players as well as the ground staff and support staff members inside the bio-bubble, the Board of Control for Cricket in India (BCCI) and the IPL governing council decided to indefinitely postpone the 14th edition of the tournament.

Rohit, however, will travel with the national Test side to play six Tests in England, including the coveted World Test Championship (WTC) Final against New Zealand in Southampton.

The WTC Final will be followed by a five-Test series against hosts England in August and September.

Rohit Sharma IPL 2021 Cricket
Get the latest updates on SA vs IND 2021-22, check out the Schedule and Live Score . Like us on Facebook or follow us on Twitter for more sports updates. You can also download the NDTV Cricket app for Android or iOS.