Ravindra Jadeja shared a picture of "big brother" MS Dhoni on Instagram but his caption was the real winner. 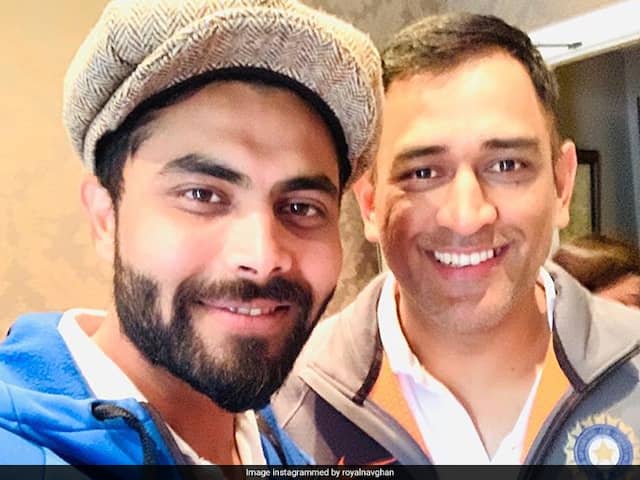 Ravindra Jadeja took to Instagram to share a picture of former India captain MS Dhoni. Jadeja, who plays under MS Dhoni for Chennai Super Kings (CSK) in the Indian Premier League (IPL), wrote a few words to describe the picture and called the former India skipper his big brother. "Tumhari nazron mein humne dekha ... ajab si chhahat jalak rahi hai @mahi7781 #bigbrother #rajputboys," Jadeja captioned the image on Instagram. In the picture, Dhoni can be seen looking at a photo of Jadeja where the all-rounder is celebrating his performance where he bagged three wickets for 18 runs against Royal Challengers Bangalore in IPL 2018.

Soon after the all-rounder posted the picture, fans flooded the comments section with messages for Dhoni.

"I miss m.s dhoni," another one joined in.

Jadeja, much like other cricketers, has been active on social media during the ongoing forced break from the game due to the coronavirus pandemic.

On Wednesday, Jadeja posted a picture of him with Virat Kohli and tried to troll the India captain over their disagreement on a DRS call.

In reply, Kohli came up with a cheeky reply and said that the all-rounder's doubts pop-up after he goes for a DRS call.

However, it was Jadeja who took the cake with a cheeky reply of his own.

If a team wants to challenge the on-field decision, they get 15 seconds to make up their mind on whether they want to go for a DRS call or not.