"Want Virat To Do A Dinosaur One": David Warner Invites India Captain On TikTok

David Warner has tried hard to get Indian skipper Virat Kohli to join TikTok but hasn't found success yet. 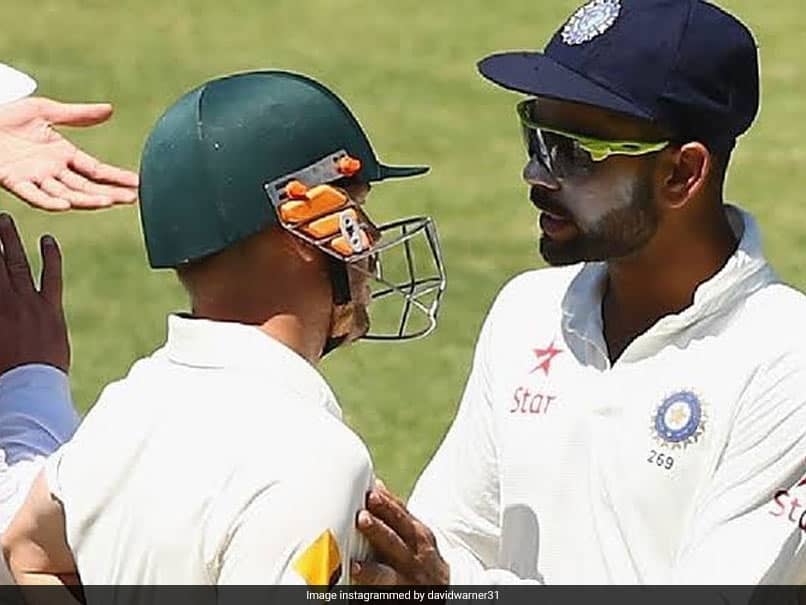 David Warner hasn't been able to convince Virat Kohli to join TikTok, but the Australia opener hasn't stopped trying. In a fresh effort on Friday, Warner invited Kohli to make a dinosaur video on TikTok. Warner shared a picture of himself with Indian skipper on Instagram, asking fans to give it a suitable caption. In his post, Warner said that the series against India will be a "great battle" and he "can't wait to get back on the park". "Caption this!! I am not joining Tiktok ok!! I can't wait to get back on the park and play again but in all seriousness, it will be a great battle as always against India. #summerofcricket #sport #fun," Warner captioned the picture on Instagram.

Caption this !! I am not joining Tiktok ok!! I can't wait to get back on the park and play again but in all seriousness, it will be a great battle as always against India. #summerofcricket #sport #fun

Warner is among one of the most active cricketers on the social media during this coronavirus-enforced lockdown which has led to the cancellation or postponement of various bilateral series across globe.

Warner has tried hard to get Indian skipper Virat Kohli to make a debut on TikTok but hasn't found success yet. However, when a fan asked him "Can we see a video of you and Virat Kohli", Warner utilised the opportunity to once again invite Indian skipper to join TikTok. He even suggested Kohli which video he should start his TikTok journey with. "I want Virat to do a dinosaur one," Warner wrote in reply to a user's comment.

Warner has been entertaining his fans with fun TikTok videos which have become quite a rage on the social media.

However, after showcasing creative skills in his videos for over a month, Warner has taken a different route now and has started promoting videos of other TikTok creators.

Reacting to Warner's post on Friday, a fan asked him why has he stopped making his own videos which served as a major source of entertainment for them during this pandemic.

"Why did you stop making videos," a fan asked Warner. Warner, who plays for SunRisers Hyderabad (SRH) in the IPL, came up with a reply which would have pleased his fan. "I haven't yet more to come," Warner replied.

Warner and middle-order batsman Steve Smith were not part of the Australian team that suffered their first-ever Test series loss to India in 2018-19, playing on their home soil.

The four-Test series between India and Australia is scheduled to begin with the first game at Gabba starting December 3. The second, third and fourth Tests are slated for Adelaide Oval (Dec 11-15), Melbourne Cricket Ground (Dec 26-30) and Sydney Cricket Ground (Jan 3-7) respectively.