India are set to play their first-ever away day-night Test match as Cricket Australia announced the fixtures for a four-Test series against India. 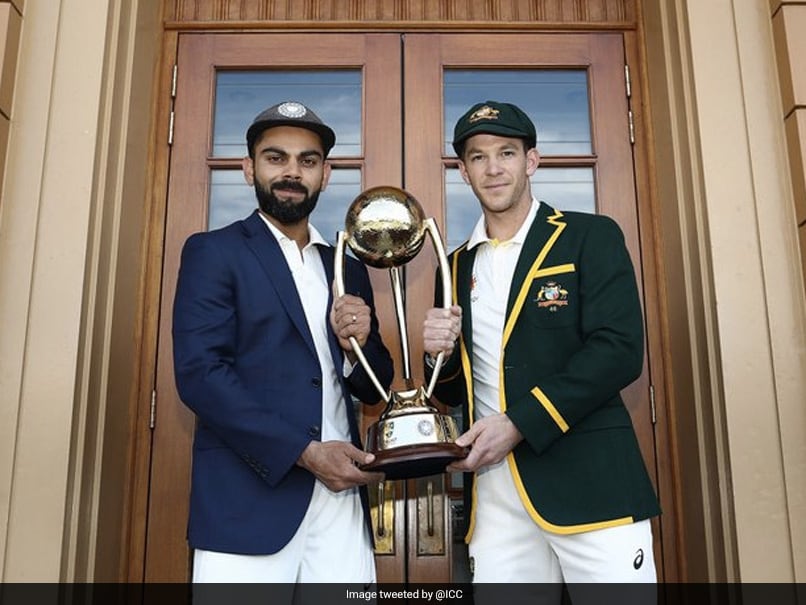 Brisbane will host the first match of the four-Test series between India and Australia.© Twitter

India are set to play their first-ever away day-night Test match as Cricket Australia announced the fixtures for a four-Test series against India and an inaugural Test against Afghanistan on Thursday. Following a one-off Test against Afghanistan from November 21 to 25 in Perth, Australia will begin a four-match Test series against India on December 3 in Brisbane. The second Test, which is scheduled to take place from December 11 to 15, will be a day-night Test at the Adelaide Oval. The third Test will begin on December 26 at the Melbourne Cricket Ground, while the Sydney Cricket Ground will host the fourth and final Test from January 3 to 7, 2021.

After the Border-Gavaskar Trophy, Australia will host India for a three-match One-day International series, starting on January 12 in Perth. The second ODI will be played on January 15 at the MCG, while the SCG will host on January 17.

Before the ICC T20 World Cup, India will tour Australia for a three-match T20 International series, starting on October 11 in Brisbane. The second T20I will be played on October 14 in Canberra, while Adelaide Oval will host the third T20I on October 17.

In a column for ESPNcricinfo, Chappell said: "Cricket Australia is contemplating two day-night Tests for the 2020-21 Indian tour."

"However, if that ploy is meant to advantage Australia, it may backfire as India have a strong attack and (Virat) Kohli has already shown he's adept at captaincy in this part of the world," he added.

India last month played their first-ever pink-ball Test at the Eden Gardens in Kolkata where they clinched an emphatic victory over Bangladesh. After that Test, captain Kohli was asked about the prospect of playing a Day/Night Test during the Australia tour next year and he said he was "open to do anything" as long as there was a practice match under lights.