Ravi Shastri had played a match-winning knock of 142 runs off 323 balls against England at the Wankhede Stadium in 1984. 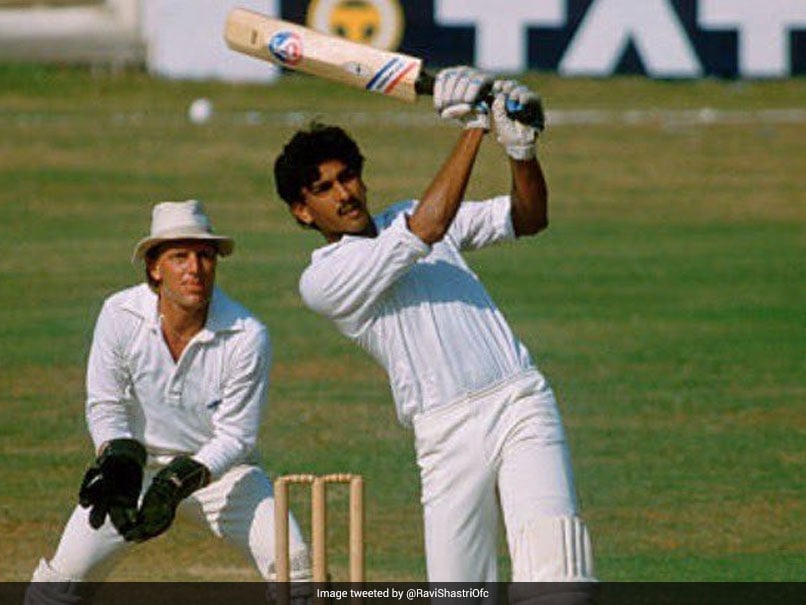 Indian men's cricket team coach Ravi Shastrion Sunday revisited his first Test century on home ground. Shastri had played a knock of 142 runs against England at the Wankhede Stadium in 1984. This was his first ton on home turf. Before this, all the centuries scored by Shastri were on foreign grounds. Remembering the knock, Shastri tweeted: "First 100 on home turf and that too Wankhede in 1984. Super feeling to do it in front of your home crowd with my parents watching. Turned out to be match-winning. 142 vs England".

First on home turf and that too Wankhede in 1984. Super feeling to do it in front of your home crowd with my parents watching. Turned out to be match-winning. 142 vs England #Memories #Mumbai #Cricket pic.twitter.com/BFTplNDXHw

In the match between India and England, the latter won the toss and opted to bat first.

Laxman Sivaramakrishnan scalped six wickets for India as the side bundled out England for just 195 in the first innings.

India then went on to register 465/8 in their first innings, taking a lead of 270 over England.

In the second innings, Mike Gatting played a knock of 136 runs, but England was bowled out for 217, setting a target of 48 runs in front of India.

Sivaramakrishnan was the star again for India as he took six wickets in the second innings as well.

India then went on to chase the target to register a win by eight wickets.

Shastri is currently coaching the Indian senior men's team and under his guidance India registered its first Test series win in Australia.

India also managed to reach the semi-finals of the 2019 World Cup and the side is currently at the top of the World Test Championshipstandings.

England Cricket Team Ravi Shastri Cricket
Get the latest updates on IND vs NZ 2021, check out the Schedule and Live Score . Like us on Facebook or follow us on Twitter for more sports updates. You can also download the NDTV Cricket app for Android or iOS.