MS Dhoni A "Big Role Model", Should Stay In The Team: Syed Kirmani

Syed Kirmani feels MS Dhoni still has a lot to offer to the Indian team and must be left alone to take a call on his future. 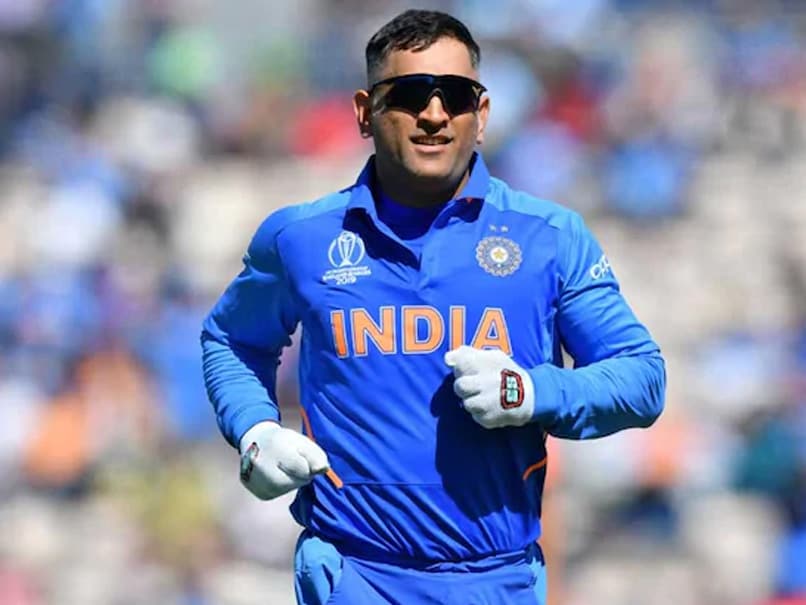 MS Dhoni's future in the Indian cricket team has left the nation divided, especially after the World Cup 2019. On one side are those who want the former skipper to continue playing and on the other side are those who want him to pass the baton to young wicket-keeper Rishabh Pant and call time on his international career. These contrasting opinions are not only found among the fans but also the former cricketers. Amidst all the hullabaloo, former wicketkeeper Syed Kirmani feels Dhoni still has a lot to offer to the Indian team and must be left alone to take a call on his future.

"Leave him alone. There will be a time when he will retire, but we must stop talking about his retirement now," Kirmani said.

"The way he has captained the Indian team, he's the best captain ever. He has taken the Indian team to the highest level in Test cricket, in ODI, in T20s..."

"Dhoni should stay as he's a big role model for the young Indian cricketers. He must stay. He already has stepped aside from Tests. It's his decision. We should not interfere. Has anyone else earned such a fame like Dhoni?"

Kirmani said that questions such as the one swirling around Dhoni always comes around whenever a wicket-keeper reaches the twilight of his career.

"When Farokh Engineer was in the fag end of his career, everyone was saying who's next and then Syed Kirmani came, then came Kiran More and Dhoni," said Kirmani.

"Some one will definitely take his place. We have three-four talented wicketkeepers in the reckoning. Wicketkeeping is not an easy aspect in cricket.

"It's the most difficult position on the field and it's a very key aspect of the game. Not everyone can do wicket-keeping by just wearing a pair of gloves."

Kirmani also expressed sympathy for the situation of Wriddhiman Saha. Saha was India's first choice Test wicket-keeper after Dhoni retired from the format in 2014.

But a prolonged time on the sidelines due to injury allowed Pant to take a foothold on the position and he has since lost his place altogether.

"Saha unfortunately had some injury problems. He has to be given equal oportunity. What's the point to be in the side, if you do not give chance," Kirmani said.

"We have to judge on pure performance. Saha came to Indian side following his consistency at domestic level. But when you're out of picture, somebody else takes over your place, so the likes of Karthik, Pant and came. Now we have to see who's is more consistent on the field -- be it in batting, wicketkeeping or allround ability," he added.