In a Group A match, leg-break bowler Shreyas Gopal registered his best first-class figures to help Karnataka bundle out Hyderabad for 136 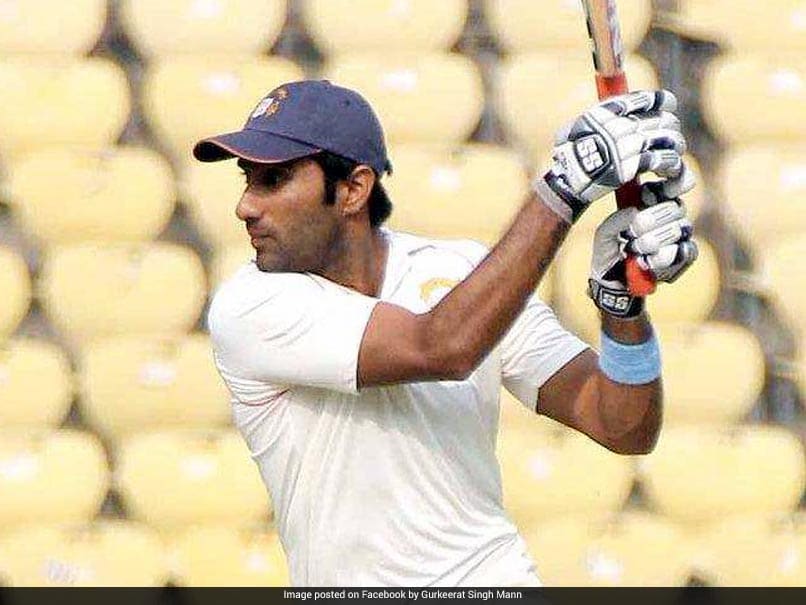 All-rounder Gurkeerat Mann on Wednesday scored a century to capitalise on the platform laid by captain Jiwanjot Singh and Anmolpreet Singh, as Punjab amassed 635 in their first innings of a Ranji Trophy Group D match against Goa here. Overnight batsmen -- captain Jiwanjot and Anmolpreet --got out early but Gurkeerat (114) took the charge from where the two left. Resuming on 215, Jiwanjot was dismissed for 238 after facing 293 balls that included 30 boundaries and a six, while Anmolpreet added 10 runs to his overnight score before getting out for 161-ball 113, studded with 13 fours and two sixes.

Jiwanjot and Anmolpreet added 260 runs for the third wicket.

Even after the two were back in the dressing room, Gurkeerat continued to punish the helpless Goan bowlers who failed to get the breakthroughs on the second day also. Gurkeerat's 114-run innings came off 129 deliveries, with the help 14 fours and two sixes.

He also put on 105-run stand for the sixth wicket with Taruwar Kohli (28).

Shadab Jakati was the pick of the Goan bowlers with figures of five for 165.

At stumps on Day 2, Goa were at 94 for one with captain Sagun Kamat batting on 32 and Swapnil Asnodkar unbeaten on 28. Goa still trail Punjab by 541 runs with nine wickets in hand.

Leg-break bowler Shreyas Gopal registered his best first-class figures to help Karnataka bundle out Hyderabad for 136 and take the all-important first innings lead in a Ranji Trophy Group A match, here on Wednesday.

Gopal registered impressive figures of 5/17 while off-spinner Krishnappa Gowtham picked up three wickets for 56 as Karnataka bowled out Hyderabad in 64.4 overs in reply to their first innings total of 183.

Wicket-keeper Kolla Sumanth top-scored for Hyderabad with a patient 68 off 150 balls.

Karnataka were 127 for four from 49 overs in their second innings at stumps on the second day of the game.

Karun Nair was batting on 37 and giving him company was Stuart Binny on 26.

Left-arm orthodox bowler Mehdi Hasan (4/54) picked up all the four wickets for Hyderabad.

Comments
Topics mentioned in this article
Gurkeerat Singh Mann Cricket
Get the latest updates on IPL Auction 2023 and check out  IPL 2023 and Live Cricket Score. Like us on Facebook or follow us on Twitter for more sports updates. You can also download the NDTV Cricket app for Android or iOS.