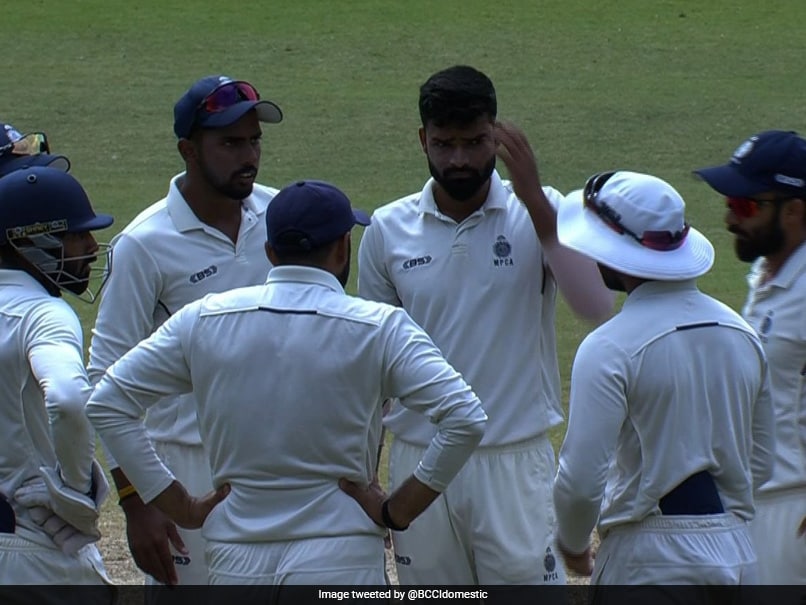 Ranji Trophy Final, MUM vs MP, Day 5 Highlights: Madhya Pradesh did it in some style as they defeated the domestic heavyweights Mumbai by six wickets to win their first-ever Ranji Trophy title. The Aditya Shrivastava-led side took just 29.5 overs to chase down a below-par score of 108. After the win, coach Chandrakant Pandit stormed out to the middle and was seen crying as the emotions came out. Rajat Patidar remained unbeaten on 30. Earlier, Shams Mulani took two wickets of Himanshu Mantri and Parth Sahani as Madhya Pradesh lost three wickets with 66 runs on the board. Madhya Pradesh had got off to a bad start in their chase of 108 as Dawal Kulkarni removed Yash Dubey in the second over of the innings. Earlier, Kumar Kartikeya returned with four wickets as Mumbai were bowled out for 269 in the second innings, setting a 108-run target for Madhya Pradesh in the final of Ranji Trophy. Earlier, Parth Sahani got the prized scalp of Sarfaraz Khan as the right-handed batter was dismissed after playing a knock of 45. (SCORECARD)