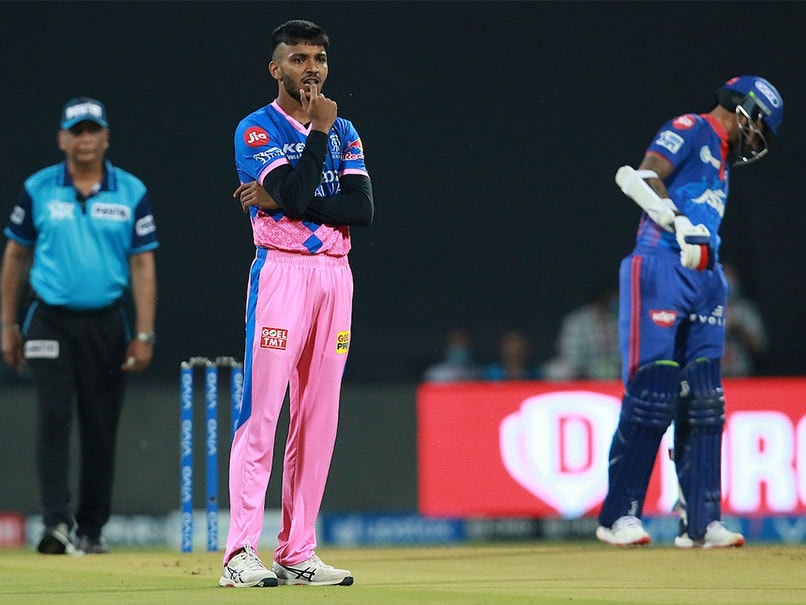 Rajasthan Royals (RR) pacer Chetan Sakariya's father died of COVID-19, the Indian Premier League franchise said on Sunday. "It pains us so much to confirm that Mr Kanjibhai Sakariya lost his battle with Covid-19 earlier today. We're in touch with Chetan and will provide all possible support to him and his family in this difficult time," RR tweeted. Left-arm fast bowler Chetan Sakariya, who played his first Indian Premier League season in 2021, had lost his brother in January this year.

It pains us so much to confirm that Mr Kanjibhai Sakariya lost his battle with Covid-19 earlier today.

We're in touch with Chetan and will provide all possible support to him and his family in this difficult time.

Sakariya had been playing in the Syed Mushtaq Ali Trophy at the time his brother died but wasn't informed of the tragic news by his family until he returned home after the tournament.

Condolences poured on social media with commentator Harsha Bhogle and former India cricketer Wasim Jaffer among the first to send out their messages to Sakariya and his family.

Feel so much for young Chetan Sakariya who played with the most heartwarming smile you will see. Wish him strength as he mourns the passing of his father to this horrible Covid.

My heart goes out to Chetan and his family. May God give them strength to cope with this loss. Stay strong @Sakariya55

Sakariya is another cricketer to have lost a family member to COVID-19 after India Women's cricketer Veda Krishnamurthy lost her sister and her mother to the virus.

Krishnamurthy lost her sister on Wednesday while her mother had died last month.

Sakariya played seven matches for RR this season, taking seven wickets at an economy rate of 8.22 runs per over.

Players from Kolkata Knight Riders, Delhi Capitals and SunRisers Hyderabad as well as staff members from Chennai Super Kings had tested positive for the virus.

Rajasthan Royals Chetan Sakariya IPL 2021 Cricket
Get the latest updates on SA vs IND 2021-22, check out the Schedule and Live Score . Like us on Facebook or follow us on Twitter for more sports updates. You can also download the NDTV Cricket app for Android or iOS.